Jeremy Hunt has announced that the government will impose a contract on junior doctors after the British Medical Association (BMA) rejected a “take-it-or leave it” deal.

The controversial contract will affect junior doctors by cutting their pay and lengthening their “normal working hours.

At the House of Commons today, Jeremy Hunt defended the contract saying that it would “end the uncertainty for the service” and will be “both safer for patients and fair and reasonable for junior doctors.”

The news emerged as junior doctors finished a 24-hour strike at 8am this morning, following a continued dispute about pay and working conditions.

Hundreds of demonstrators had gathered outside Sheffield’s Children’s Hospital, and chanted that the contract was “not safe, not fair.”

We spoke to junior doctors at the picket line who explained why they decided to strike:

Two months of negotiations failed to resolve the dispute as both sides could not agree on the details of the contract, particularly on the issue of Saturday working hours.

Speaking at the picket line outside Sheffield Children’s Hospital, Dr Tamara Mitchell said: “I’ve never seen NHS staff this demoralised before. I think a contract that 56,000 doctors are saying no to is going to make us even more demoralised and is going to push us too far. We’re going to break, we’re going to burn out, and people are going to leave.”

A retired public health worker, Michael Sinclair, agreed. He said: “The junior doctors’ dispute isn’t just about pay, it isn’t just about working conditions, it’s about the whole way staff are treated in the NHS. Doctors are beginning to lose heart and leave the NHS after training.

He added:  “If the government persists in alienating staff then we won’t have a NHS very shortly. The reason that they weren’t able to reach a settlement isn’t because of the BMA. It’s because of Jeremy Hunt and the government who vetoed the settlement that was almost on the table.”

I don’t know the fine details, but if junior docs unhappy enough to strike, contract is wrong. To impose it is vile. https://t.co/k4fRiohwfr 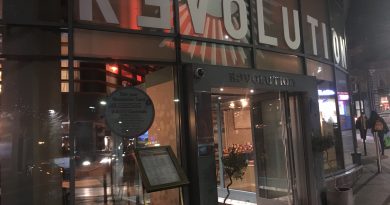 “Sheffield is rich in culture. Making a difference to the world,” says Dan Jarvis after first week in office