Sheffield United will go into Saturday’s game against Port Vale anxious for a win after their mid-week nightmare at Bury.

David Flitcroft’s injury hit Bury side, who in their previous two games had leaked nine goals, held out for a one-nil victory against the Blades on Tuesday night, which saw many fans calling for Nigel Adkins to be sacked.

One Twitter poll, which attracted just over 5,000 voters, saw 55% of people wanting Adkins to be replaced.

Bury had not won in 10 games lost 6-0 saturday and we couldnt have 1 shot on target ! # twitterblades #adkinsout

@jonathanbuchan Only the Blades could concede to a team that have themselves conceded 10 goals in the last 2 games? Adkins out

Blades player Jose Baxter said after the game that the players can only apologise for letting the fans down and look to put things right in the future.

After the match Adkins berated the decision of referee Stuart Atwell not to award a free kick to the Blades for a “blatant handball” which led to the only goal of the game.

He also promised an improvement in his players going into the weekend’s game against Port Vale.

Vale boast the same points tally as United and sit only one place behind them in the table because of goal difference.

They come to Bramall Lane unbeaten in three games and top scorer A-Jay Leitch-Smith will be high in confidence having scored five goals in his last eight games for the club.

Despite last week’s announcement from the board that a further £800,000 pounds will be cut from the playing budget, manager Rob Page insists the players are still focused on trying to achieve a top six finish.

Kick-off is at 3pm Saturday 20 February. 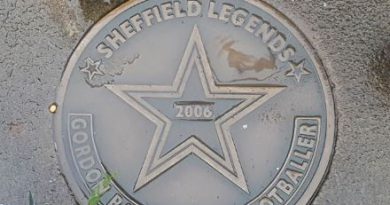 Brooks called up to Wales squad