Boxing’s heavyweight champion Tyson Fury was the guest of honour at a charity dinner held at Sheffield City Hall earlier this week.

The evening was in benefit of an array of charities including Sheffield Children’s Hospital and the Zak Vali Foundation which raises money towards the funerals of dying children.

Those in attendance were treated to a meet and greet with the heavyweight boxer as well as a three course meal, charity auction and a Q&A with the man himself.

The outspoken and often controversial boxer was introduced to the diners before the evening began and took pictures with fans for over an hour.

The boxer appeared to be in good spirits and was seen joking around with the attendants, at one point being presented with a ‘Gypsie King’ shirt by one of his fans which was received well by both Fury and onlookers.

The evening officially began as Fury was introduced to the stage, met with a thunderous standing ovation by diners.

The evening’s festivities began with an auction benefitting the chosen charities of the night. The items on sale included a signed pair of Fury’s boxing gloves, as well as signed memorabilia from the likes of Muhammad Ali, Mike Tyson, Lionel Messi and Cristiano Ronaldo.

The crowd were treated when Fury playfully entered into the bidding for a punching pad signed by  himself, in order to increase the bids.

The auction raised over £4000 for the charities, with a separate auction held by Asif Vali, the father of the late Zak Vali, who lends his name to the foundation, raising £1700.

The main event of the evening however was the Q&A with Fury, which was led by Sheffield’s Johnny Nelson.

Nelson questioned Fury on his recent distasteful and offensive remarks regarding women and homosexuals.

Fury brushed the question off by saying: “People think I’m a villain, or I’m playing a villain, I’m not. I’m just being myself. People either love me, or hate me, I’m like Marmite.”

Fury also revealed that he nearly quit boxing after failing to make the Olympics as an amateur.

He said: “From the amateur leagues I’ve always had adversity. I was going to retire from boxing because no country would take me to Beijing. I applied to go for England, Ireland, India, China, no one would take me.”

The evening concluded when fans were treated with a typically enthusiastic karaoke performance by Fury as he serenaded the crowd with his rendition of ‘Use Somebody’ by Kings of Leon.

Fury had earlier spent the day watching the England Boxing Youth Championships held in the city and Fury expressed his admiration for quality on show.  He said: “They were all great; the quality on show was just immense.” 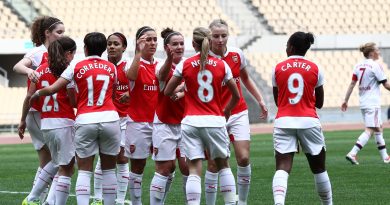 2 thoughts on “Fury’s a knockout with Sheffield crowd”