Students at the University of Sheffield were invited to take a well deserved study break on Tuesday when Guide Dogs UK paid a visit to the Student’s Union.

The event was run in collaboration with RAG and the university’s Guide Dog society.

For a small donation of £2 students could spend 10 minutes with the young Labradors.

All of the dogs were accompanied by their owners who spoke to students about the huge impact the dogs had made on their lives.

This year was the third time the event took place and organisers were certain that the “Puppy Day” would be a huge success.

Jeremy Podgorski, Sheffield Guide Dogs volunteer said: “Last year we raised over £800 so it was an easy decision to try and run it again this year.”

The aim of the day was to raise money and awareness for such an important charity, and to encourage young people to get involved.

Jeremy continued: “Since Guide Dogs is not government funded, it pretty much counts on donations by the public to carry on going and help people that are blind.”

These donations could not be more important.

More than 29,000 people have been able to achieve life changing independence with the help of the charity since it was founded; it’s important this number doesn’t stop increasing.

If you want to get involved in providing mobility and freedom to the blind and visually impaired,  email shefuniguidedogs@gmail.com and register yourself as a prospective volunteer. 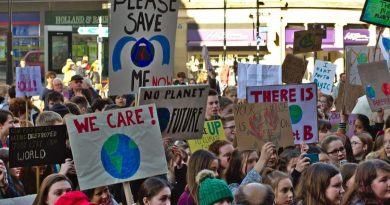