A man accused of murdering a woman in Sheffield will face trial in October, a court has heard.

Leigh-Anne Malachi, 22, died in hospital after being found with multiple stab wounds in her home in Spotswood Close in Gleadless Valley on April 12.

Appearing at Sheffield Crown Court via video link today, Douglas Furusa, 37, of Circular Road, Colchester, Essex, did not enter a plea to the charge of murder.

During the hearing, Judge Julian Goose QC set a provisional trial date of 5 October and Furusa was remanded into custody until a further preliminary hearing on July 27. 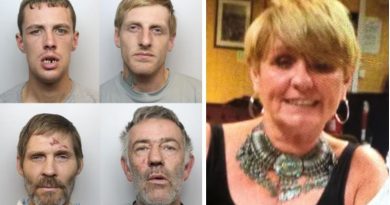 Arsonists play with fire in series of blazes across South Yorkshire