The re-appeal for information regarding the disappearance of Ben Needham has had a positive start.

South Yorkshire Police have revealed that they have received nearly 300 pieces of information, including some ‘information of interest’, following a press conference held in Kos last week to appeal for new information and witnesses.

Over 170 calls were received by Operation Ben officers in Greece in the past week, leading to a new lead in Ben’s case coming forward this morning as a potential witness who claims to have seen the missing person in Samos Islands back in July 1991.

The police are now investigating this new potential line of inquiry.

Detective Inspector Jon Cousins, the Senior Investigating Officer for Operation Ben, said: “We are committed to finding answers for the Needham family – they deserve to know what happened to Ben and have been living with heartache for almost 25 years.”

On top of their Twitter account, which now has over 25,000 followers and Instagram account the campaign has also created a crowdfunding campaign to fund his mother’s expenses to help her support both the operation abroad and the efforts of the Operation Ben officers. 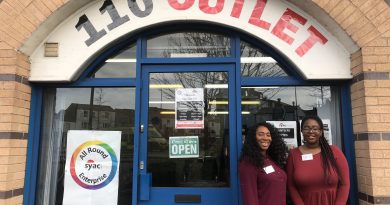 Is Sheffield the best city for beer lovers?