Demolition work on the former site of Niche nightclub has finally begun, paving the way for residential developments.

A proposal has been lodged by CTP LTD to build 200 new residential apartments.

David Topham, director of CTP LTD, said: “We expect to lodge a planning application in the autumn.”

Niche originally opened in 1992, but was shut down following a raid by South Yorkshire Police in 2005 in ‘Operation Repatriation’ after it was believe class A drugs were being used and supplied in the nightclub.

Owner Steve Baxendale reopened Niche in a different venue on Charter Square in 2009. The reopening saw so many people turn up that it was closed only an hour after starting, but following a stabbing in 2010 was permanently closed on 25 October 2010.

DJ Jamie Duggan posted a farewell on his Facebook page after playing at Tank nightclub.

He said: “It’s like the place talks to you with memories.”

The nightclub is widely known as the home of the music genre bassline, having originated in Sheffield and finding its rise in popularity at Niche.

A statement on the clubs official Facebook page said: “The bricks and mortar may be gone, but Niche will never die. The legend will live on forever.”

Local resident, Jonathan Esberger, said: “It’s had its day and has caused a lot of bother. I saw some youths climb over the fence on Thursday, paying homage to the club through graffiti. I believe it’s ready to come down.”

Is our Steel City turning green? 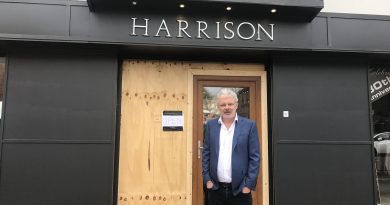