Queuing traffic and accidents have been reported throughout the day as an international policing operation is launched across the country.

Officers at Junction 10 for the M6 had to put out a car fire and seized the vehicle for having no insurance.

Three lorries and two cars have been involved in a collision between Junction 32 for the M18 and Junction 33 for Catcliffe.

One of the lanes is closed with queuing traffic, but there are no preliminary reports of any injuries or fatalities.

Another accident involving six vehicles took place on Junction 5 to 6 on the M6, and the police have reopened the lanes after clearing the collision.

A new road traffic collision has been reported on M42 Junction 8 southbound to M6 Junction J4A northbound, one lane is closed and the event is expected to clear after 17:30. 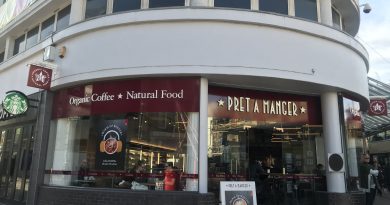 Pret a Manger’s open home scheme could come to Sheffield

Sheffield United prepare for top of the table clash