HSBC may be creating new jobs in Sheffield within the next few years following the announcement of almost 600 job losses earlier this week.

The new jobs are expected to be created in the £480m Sheffield Retail Quarter – which is yet to be built – in the areas around Barkers Pool, Pinstone Street and Moorhead.

Cllr Bramall, Deputy Leader & Cabinet Member for Business, Skills & Development for Sheffield Council said: “We are disappointed to hear that HSBC are moving so many high skilled jobs out of our area to lower-wage economies.”

Most of these are IT jobs based at Griffin House on Silver Street Head in the city centre.

The Unite Union has raised concerns about HSBC wanting existing employees to train their replacements.

In addition, other smaller retail branches in Sheffield such as Woodseats, 427 Ecclesall Road, and Hillsborough are set to close in August.

Another branch on Fargate is also planned to close.

These employees are planned to be relocated preventing any further job losses.

The Sheffield Retail Quarter is assumed to bring thousands of new jobs to Sheffield and there is talk of John Lewis opening a new store there.

The earliest completion date for the first phase is thought to be 2019. 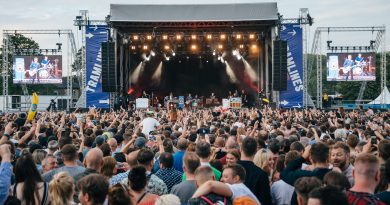