Sean Bean, who is best known for starring in Game of Thrones, will manage a United Legends team, who’ll be playing against Fulham All-Stars on Sunday.

Some of the celebrities taking part in the game include actor and comedian Jack Whitehall, retired boxing champion Joe Calzaghe and rapper Tinchy Stryder. Former footballers include Jimmy Bullard and Chris Morgan.

Katie Parsons, Charity Executive for Hallam FM’s Cash for Kids – one of the charities benefitting from the game – said: “We help to support disabled and disadvantaged children throughout all of South Yorkshire. The money raised will go through to the next grant round. With some of the money we can then buy medical equipment for children [in the county].”

Other local charities that will benefit from the match are the Steelphalt Blades Academy and the Blades’ Former Players Association.

As we previously reported, tickets sales are doing well; and Dave McCarthy, Operations Director at Sheffield United, has said that while they don’t have a fundraising target “[we] hope after costs we can make useful donations to all the charities.”

Sheffield charities are not the only ones benefitting, as Fulham’s Foundation will hope that the match can help them with their causes. The charity has been running for over 20 years and provides education and employment programmes to their community.

Steven Day, Chief Executive of the Foundation, said: “We are looking forward to the match at Bramall Lane. There are a number of great causes that will benefit from proceeds and we are sure that the players will put on a great show for fans attending the match.”

The match kicks off at Bramall Lane at 1pm on Sunday 22 May. 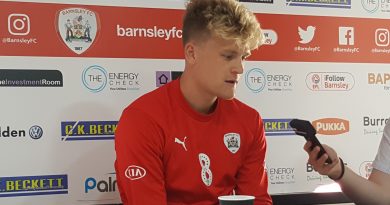 Barnsley FC’s McGeehan: “We have to give it everything we got.” 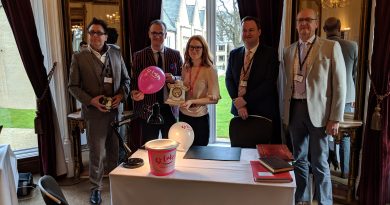