His ex-team mates at his old ‘Sheffield-based’ club and journalists have reacted to the news.

The ECB awards recognised Root as England’s Test and Limited Overs Cricketer of the Year, as well as Men’s Player of the Year: an award voted by England supporters.

The success for Joe Root comes after an impressive 2015 season that saw him rise to number one test batsman in the world and lead England to a T20 World Cup final.

The Yorkshireman, who played at his local cricket club – Sheffield Collegiate CC – started off last summer aiding a memorable 3-2 Ashes victory against Australia. His two centuries and 460 runs made him England’s leading run scorer in the series.

At only 25-years-old, Root has always showed signs of greatness.

A spokesman from his old club Sheffield Collegiate CC said: “When he was younger he was always a class above others around him in terms of technical ability. As a youngster he wasn’t the strongest, however what he lacked in power he made up for in timing and placement. This helped him break into our men’s teams at 11 years old.”

They also expressed their pleasure at his success.

“Given his performances it is not surprising but for two years in a row winning the test player and then this year winning three, we are extremely proud,” they said.

As well as performing highly, he has always stayed humble, the spokesman added: “Whenever his hectic schedule permits he will come down and visit us at training or on match days. Last year he brought Jos Buttler to our training between Ashes tests, and he also came to carry the drinks for his brother the day after he won the Ashes”.

He continued to thrive throughout the summer and his club identified his new role of vice-captain in the England squad as an important milestone.

He rose to the top of his game and the top of the world, claiming the number one ranking for a test match batsman on 6 August 2015.

His fine form has also continued within the shorter format of the game.

Jo Harman, deputy editor of national cricket magazine, All Out Cricket, said: “The exciting thing about Joe Root is that he looks like he’s just going to keep getting better and better. He deserves to be considered among the best batsmen, if not the best batsman. Long term, I expect him to reel in Alastair Cook as England’s highest run-scorer in test cricket”.

Becoming a spearhead of England’s new fearless brand of cricket, he amassed an incredible 249 runs to finish as the leading run scorer in this year’s T20 World Cup and take England to the final.

The Yorkshire batsman has been included in the test squad for the recent series against Sri Lanka, alongside fellow Yorkshire team mate Jonny Bairstow. Both starred in Yorkshire’s Specsavers County Championship fixture last week against Surrey with scores of 213 and 198 respectively.

The test series starts this Thursday at Yorkshire’s home ground of Headingley. 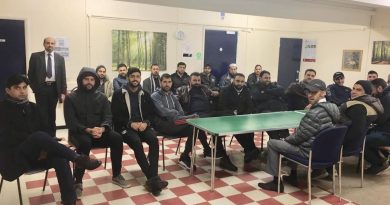 One thought on “Sheffield cricketer Root reaps rewards in Leeds”