Workers at Pennine Food in Sheffield are preparing to take industrial action against plans for new proposed contracts.

Pennine Foods in Crystal Peaks currently employs 714 people and produces over 750,000 ready meals for Marks and Spencer’s each week.

The strike will take place over Thursday and Friday this week. The industrial action is due to disputes over a new contract which would result in workers losing extra pay due to overtime and bank holidays.

Tom Davis, a spokesperson for Bakers, Food and Allied Workers Union, has said: “We are 100% behind the workers who wish to strike.

“This strike is going to happen because the company are trying to force through changes that with affect the employees’ livelihood. It’s a contract they don’t want,” he continued.

A spokesman for 2Sisters Food Group, the parent company of Pennine Foods, said: “We are disappointed some colleagues have decided on industrial action.

They then said they “will of course be holding more talks to avert any further action, and have contingency plans in place to ensure production remains unaffected.”

Those who take part in the industrial action will not be paid for the two days affected, but the factory will remain open for business.

Members of the Bakers, Food and Allied Workers Union have said: “We’ll be there on Thursday to support the struggle of out fellow members.”

The employees have also threatened industrial action in June and July with walkouts planned every fortnight.

Details about the strike can be found on the group’s Facebook page. 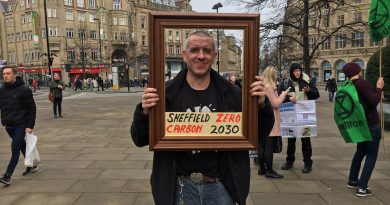 Busy Sheffield roundabout to close for three nights next week