A petition to block proposals to ban varsity chants has gathered over a thousand signatures and is still gaining support.

As of today, 1058 students have signed the petition to block Student Union president Christy McMorrow’s bid to ban classist and sexist chants at varsity events.

Mr McMorrow stated: “We wouldn’t treat classism or sexism as acceptable in our nightclub, our societies or our elections. The same should be true for sport.”

Chanting and inter-university rivalry has long since been a part of the varsity events that have been held annually between The University of Sheffield and Sheffield Hallam University.

After a vote at an SU council meeting last Thursday, there was a surge of support for the petition, which was set up by the university Sports Committee.

Annabel Faulkner, Chair of Sports Committee, commented on the petition figures: “The support we have had has been overwhelming, especially over the past few days despite the proposal being taken to council already.”

“I think the fact that the proposal has been passed as a policy has made people even more passionate about the campaign to keep varsity chants a part of our annual sporting events.”

“The chants in question are part of light-hearted rivalry, something which is part of the competitive nature of sport.”

However, there is still strong support in favour of banning varsity chants, despite the number of signatures.

Graduate Niki Fitzgerald, who used to play ladies rugby for The University of Sheffield, said: “Now being away from university I’ve come to look back on these chants with quite a lot of embarrassment and unease.”

“The discrimination included in a lot of these chants really isn’t acceptable in the outside world and shouldn’t be at university.”

A link to the petition can be found here. 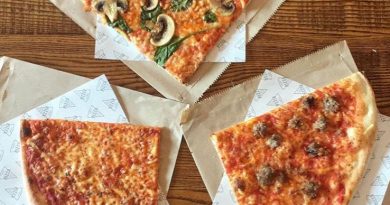 Fire service call to check in on elderly relatives in Sheffield

Fire-fighters continue to tackle the ongoing blaze in Kilnhurst.