Theresa May has told the annual Police Federation Conference to “remember Hillsborough” and to “never forget” the 96 fans who died.

The Home Secretary addressed the issues that police have been criticised for in the aftermath of the 1989 footballing disaster, saying the federation needs to change the way it operates.

She also told the conference to “let it be a touchstone for everything you do.”

Last month, a jury ruled that the 96 victims were unlawfully killed and that failings by police and ambulance services contributed to their deaths. It ended a 27 year wait for justice for the victims’ families.

Steve White, Chairman of the Police Federation, led a minutes silence for the victims.

Mrs May went onto say: “”Let the hostility, the obfuscation and the attempts to blame the fans serve as a reminder of the need for change. Make sure your institutions, whose job it is to protect the public, never again fail to put the public first.

“Put professionalism and integrity at the heart of every decision, every interaction and every dealing with the public you have. You will renew the model of policing by consent in this country, and you will be the custodians of justice for those who have been denied it for too long.”

Mrs May also used the opportunity to discuss the problem of domestic violence, saying that victims “were still being let down” and that there were still “shameful attitudes” towards them.

She said that the police watchdog would investigate why laws to crack down on domestic violence were being underused as new powers “are not being used anywhere near as systematically as they could be.”

Officers have been found to be having relationships with victims of domestic abuse, while one victim had been called “bitch” and “slag” by officers who accidentally recorded themselves.

Mrs May has had a frosty relationship with the police over the past few years. She accused the police of “crying wolf” over cuts while officers have themselves criticised the home secretary. One Police and Crime Commissioner has even said Mrs May “is the single most damaging thing to police morale.”

This year’s conference, which is in Nottingham, runs until Thursday. 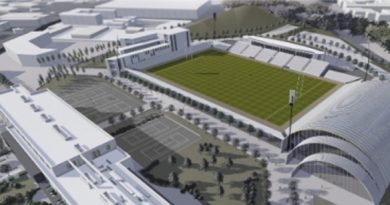 Work on new stadium for Sheffield to start this spring