The former Northampton town boss has signed a three year deal at Bramall Lane following his League Two title success and turned down offers from various clubs including recently relegated Charlton and Bolton.

The appointment comes after another disappointing campaign in the third tier of English football after finishing in 11th place, eight points off the play offs.

Wilder becomes the 5th manager in a six year stint in the division and describes the opportunity to manage the club as his ‘dream job’.

He arrives at Bramall Lane with his assistant, Alan Knill, who worked together during their time at Northampton Town.

Wilder, 48, said “As soon as the interest was made, the opportunity to lead this proud and historic club, one that I know well through all different angles, from being a ball boy to playing for the football club, it was an opportunity I couldn’t turn down”

Former Blades defender, Matt Hill, believes that the club has the right man for the job. He adds that “I think it’s great for the club and the fans to have a former player as manager as you know he will have the same passion as the fans.”

The decision has not gone unnoticed by the fans as some believe the new manager possesses the right attributes in order to take to club forward.

Sheffield United fan, Calum Higginbottom, said “I think Wilder is not afraid to make decisions and he knows what he wants from the team and he will bring out the passion in the players. He has already shown this by making Billy Sharp captain, it was a quick decision that the fans agree with.”

“The aim has to be promotion to get out of this league. I think he has next season to do that because we have been stuck in this division for far too long.”

The reaction around Bramall Lane has been positive and has given some fans belief for the upcoming season. Wilder now has the opportunity to prepare his squad and bring in new players, but he is yet to rule out signing any stars from his former club. 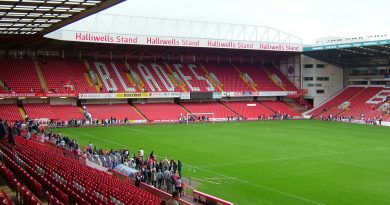