A campaigner who lost a High Court ruling over Sheffield Council’s felling of roadside trees has promised to continue fighting the decision.

Dave Dillner, leader of the ‘Sheffield Tree Action Group’, says that an appeal has been lodged against the High Court’s decision to refuse a judicial review into the council’s contract with Amey, the firm tasked with removing roadside trees and maintaining Sheffield’s streets.

Mr Dillner has put forward his case to the Court of Appeal following the High Court’s decision.

Mr Dillner says: “My application for leave to appeal was submitted to the court last Thursday.

“Sheffield City Council have been informed and decided to carry on with the felling programme regardless. They have declared their intention to defend the application for leave.

“The crowd funding appeal has been renewed and NVDA plans (‘non-violent direct action’) have been revised to take into account the Council’s renewed commitment to felling.

“The fight to protect healthy highway trees from the multinational profiteers continues.”

A three-month injunction was passed by the High Court in February, preventing any further tree felling until there had been a judicial review.

The court reviewed Mr Dillner’s bid for a judicial review throughout March and ruled against him at the end of April.

The tree felling debate has been a topic of much controversy throughout Sheffield, with protesters arguing that the council are axing healthy trees.

Sheffield City Council have always maintained that the felled trees are diseased and are a danger to the public and the highways, listing the ‘Six D’s’ – Dangerous, Dead, Dying, Diseased, Damaging the road or pavement and Discrimination (causing severe obstruction to pavements) – as the criteria that needs to be met for a tree to be felled.

Speaking in January 2016, Leader of the council, Julie Dore, said  “We only fell trees where they meet our particular policy regarding the six D’s. We wouldn’t propose to fell a tree that wouldn’t meet that criteria.

Presenting at the ‘Celebration of Trees’ conference at the University of Sheffield earlier this month, Mr Dillner said that he believes the High Court made mistakes in their ruling and urged protesters to continue supporting his cause. 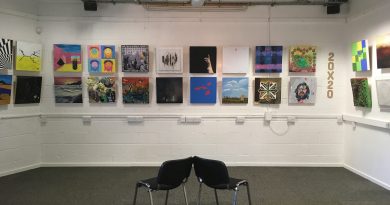