Local military historians marked 100 years since the first day of the Battle of the Somme today.

The anniversary, which falls on 1 July, encouraged historians to challenge common myths in a talk at 1pm.

Military historian and writer Tim Lynch, 54, from Barnsley, talked about Sheffield’s involvement in the battle and the common myths that obscure people’s perceptions.

Mr Lynch addressed the journey of York and Lancaster regiments’ 12th battalion, from Sheffield to the Somme.

On 10 September 1914 enlistment began and on the 5 December the battalion of 1,131 officers and men left Sheffield.

The Sheffield City battalion fought alongside the Accrington Pals in the attempt to capture the village of Serre, but did not succeed.

The battalions of Kitchener’s new army have been described by Veteran John Harris as “two years in the making and ten minutes in the destroying.”

Mr Lynch was intent on clarifying the facts and stated how novelists have become far too involved with how we remember the battle, in particular the demonising of Field Marshal Douglas Haig who is often referred to as butcher Haig.

Mr Lynch, said: “People are commenting on stories and exaggerations rather than history.

“The Battle of The Somme was not the bloodiest battle in military history. That is a sweeping statement to make and is not true.”

Mr Lynch’s talk was to complement Western Park Museum’s ‘Echoes of The Great War’ gallery, which has been running since 30 April.

The gallery is open until 4 September and is free to view.

Sheffield’s Povey Farm to team up with The Co-op to make renewable energy cheaper.

Man sentenced for possessing a knife at a primary school 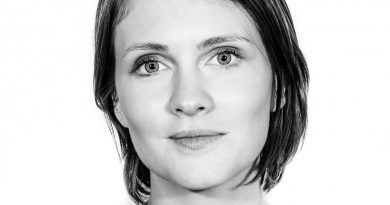