Sheffield Wednesday have been given almost 39,000 tickets for the Championship play-off final against Hull City at Wembley a week on Saturday.

After completing a 3-1 aggregate victory over Brighton and Hove Albion in their Championship play-off semi-final on Monday night, the Owls will be relishing the trip to the home of English football to face the Tigers in an all-Yorkshire clash.

Tickets will only be sold online and demand for them will be sky-high, with Carlos Carvalhal’s side making their first trip to the new Wembley and Wednesday as a whole will be making their first trip to Wembley since the 1992-93 season, where they made the trip to Wembley four times (League Cup final, FA Cup semi-final, final and final replay) and failed to win in both of the finals they played in.

Owls fans will be hoping to replicate the atmosphere that has transformed Hillsborough into a fortress this season in the West End at Wembley on May 28 in a match that has been dubbed ‘the richest game in football’ and James Wragg, a Wednesday fan, is confident that the fans will rise to the occasion.

“The atmosphere at Hillsborough has been superb this season, none more so than the first leg of the play-off semi-final on Friday night. You could feel the stands move when the fans started bouncing and hopefully, we can roar the players on to the Premier League at Wembley,” he said.

Wragg also feels that the match at Wembley will be tough to predict, but added that this current Wednesday side could go toe to toe with Steve Bruce’s side.

“It’s been refreshing to watch this Wednesday side. Carlos [Carvalhal] has really instilled a great brand of football and it will be definitely be 50/50 at Wembley. Hull have plenty of Premier League experience and we will go into the game as slight underdogs, but I believe that the Owls will give everything to get to the top,” he added. 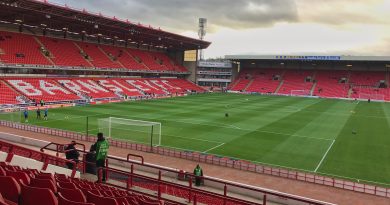