Imagine my surprise last week when relaxing in my living room I hear the latch on the door click. All of my housemates were sitting with me, so it wasn’t someone who was supposed to be there – were we being burgled?

Fortunately, it was an officer from South Yorkshire Police. They told me they had been patrolling the Crookes and Walkley areas, making sure student houses were secure as there had been a rise in crime since the return of students to the area at the end of September.

Statistics show that there was a rise in recorded crime of around 20% in the Broomhill policing area (which incorporates Crookes and Walkley) between July, when most students return to their home towns, and October, the beginning of the academic year, in 2015.

Another issue is the amount of unreported crime. According to the Crime Survey for England and Wales, over 50% of crime is not reported. This is thought to be due to the fact that many think some minor crimes, particularly burglaries, are too small to bother reporting along with the longstanding issue of mistrust in the Police.

The University of Sheffield have been trying to address the problem. Between the 26th September and the 7th October the universities security services and South Yorkshire Police hosted a Crime Reduction and Safety Fortnight at the Diamond library.

Students were able to go and talk about ways to reduce the likelihood of being a victim of crime, as well as picking up freebies such as a window alarms and ‘burglars beware’ stickers.

Dave Culley, Security Officer at the university said: “We have been working in conjunction with South Yorkshire Police every day (at the diamond) and this is a partnership that will continue. Security officers patrol on foot and in cars across campus to make sure students are safe”.

If you’re a student and you want more advice on how to keep yourself safe you can get in touch with the university’s security services at http://www.sheffield.ac.uk/security or visit the South Yorkshire Police website.

A group in Walkley has started patrolling the streets at night after a spate of burglaries in the area. 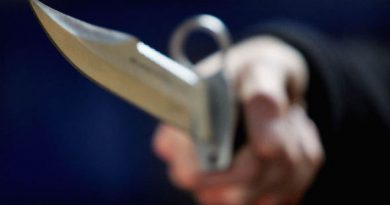