The Olympics has had a positive impact on British cycling, despite recent allegations against five-time gold medallist and Tour de France winner Bradley Wiggins, according to a keen Sheffield cyclist.

Wiggins has recently been accused of using TUE’s to gain an advantage before major races, with ex doctors and former professional cyclists questioning his use of them. Wiggins denies all the allegations against him and insists that his usage of TUE’s were legitimate.

A Therapeutic Use Exemption allows an athlete to take a banned substance for medical reasons.

Wiggins has been in the limelight for the past few weeks after a team of hackers called Fancy Bears released his medical data, alongside that of other athletes.

The data showed that he had been granted permission to take TUEs before two major races, the 2011 Tour de France and the 2013 Giro d’Italia.

Despite Wiggins maintaining his innocence, many people have questioned his decision to take the banned substance.

However, student cyclist Freddie Russell told me that despite past allegations of doping in the sport, cycling has continued to grow in Britain and is becoming more popular, particularly amongst juniors.

He believes this trend will continue and said “I think cycling in Britain will keep growing, with more juniors getting involved.

I think London 2012 had a really great impact and despite allegations at the very top of the sport which have been there for a long time, cycling is becoming more popular by the minute.”

Freddie, who enjoys cycling out into the peaks and around Sheffield City Centre, believes that cycling safety is a bigger concern on a grassroots level than allegations of doping and thinks that more should be done to ensure cycling is safe.

“I think that cycling needs to be made safe for more people to have the confidence to take it up.

The main thing that stops people wanting to cycle is the fact they’re worried about road accidents and more investment into making it safe would improve this.

I think it’s something that the government should push as it would help to cut obesity levels and keep people fit.”

Cycling has seen a significant boost in participation since the London 2012 Olympics and continues to grow in the UK.

Sheffield Student aims to end litter for good, for charity! 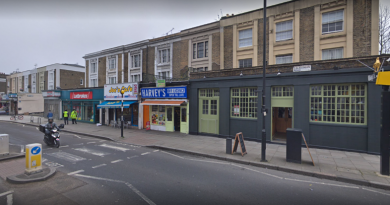