The Moor in the city centre is rapidly approaching its curtain raiser with the opening of a huge new Primark.

The flagship store will be opening on the 28th of October and will provide dozens of new jobs for Sheffield.

The opening of the store completes the second phase of redevelopment of the Moor, following the revitalization of the Market earlier this year.

A new huge nine-screen cinema multiplex is due to open in May next year, while a UK property fund has applied to knock down an unused 30,000 square feet building.

Eight restaurants are due to be opened, including Gourmet Burger Kitchen, while other stores such as TJ Hughes, Peacocks and Iceland have already opened their doors to the public.

The Moor has been holding many events recently, including a fair on the 23rd, which featured dozens of rides and performances.

A Moor spokesperson said: “As well as putting our energies into regenerating The Moor- we like to entertain [the public]. Every few weeks there are free events with things to see and do and take part in, for all and ages and all the family.”

For further information on activities and events at the Moor, as well as developments on their regeneration process, visit their website at: http://www.moorsheffield.com/ 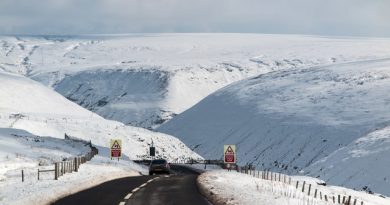