A national Football Association scheme has launched in Sheffield, paving the way for other cities to bid for similar facilites.

The Parklife Hub at Graves Leisure Centre is the first of its kind in a nationwide project and boasts two full size pitches which can be also be split into smaller pitches for younger age groups. It is hoped that up to five local community clubs will be able to use the hub as their permanent home.

The development is part of a scheme which aims to address chronic underfunding of grassroots football and will eventually see £200 million invested in 30 locations.

The project is funded by the government and the FA as well as Sport England.

FA Chief Executive Martin Glenn said: “We have a marvelous facility here – and it is the start of something very special.

“As Parklife expands nationally, it will mark the end of a story all-too-familiar to the grassroots footballer of poor pitches, woefully inadequate changing facilities and a battle against the elements to get fixtures completed each winter”.

Another of the 30 hubs is also going to be based in Sheffield with a project in Thorncliffe, to the north of the city, set to be given the go ahead.

Sport England Chairman Nick Bitel said: “Sheffield marks an important milestone in our drive to improve the quality of community sport facilities across the country. We look forward to working with other local authorities who share our goal of creating top class facilities which can be used and enjoyed by the whole community, all year round.

Later on Wednesday the site will be officially opened by Tracey Crouch, Minister for Sport alongside Glenn, Bitel and the Lord Mayor of Sheffield Denise Fox. 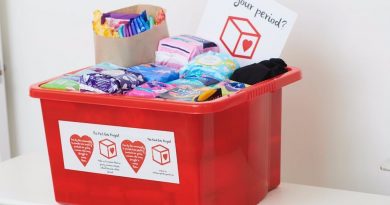