Fans who paid up to £132 to see Justin Bieber at Sheffield Arena last night were not left disappointed.

The Canadian pop star, 22, was much more open with the fans than on previous UK tour dates and told them: “You guys genuinely make me happy. Honestly, all of you.”

This comes just days after he stormed off the stage during his Manchester concert after pleading with the audience to stop screaming whilst he was singing.

It took a while for Bieber to warm up to his fans at the Sheffield concert with minimal interaction during the first four songs he performed.

However, the mood of the concert changed completely when Justin decided to slow it down and play acoustic versions of ‘Cold Water,’ ‘Love Yourself’ and ‘Purpose’.

Fans displayed their love for Justin Bieber on Twitter with many people saying: “Last night was one of the best nights of my life”.

Words can't describe how amazing last night was. Been there from the start& will be there till the end ?#purposetoursheffield @justinbieber pic.twitter.com/sYaLs1LCCF

I need slapping and waking up from this dream because last night was too good to be true #PurposeTourSheffield pic.twitter.com/6H48avi0FJ

Gabrielle Ellis, a fan who attended the show, said: “I loved the fact he did a few songs with just him and his guitar. He has such a beautiful voice and when he sang ‘Purpose’ it made me cry. It’s such a personal song for him and his Beliebers.”

The crowd restrained themselves and saved the screaming until he had finished the songs, and never while he was speaking.

The pop star then stepped up his performance and began involving the thousands of fans, predominantly teenage girls, in the show.

Bieber asked various parts of the crowd how they were doing and stopped to take questions from the audience.

When asked what his favourite UK date was he answered, unsurprisingly and possibly honestly, with Sheffield. 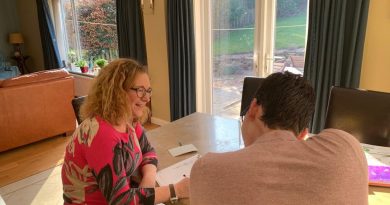 Improvements to Dore and Totley station back on track