A small tented city of homeless people has sprung up in Sheffield, only yards away from where a famous block of flats is being transformed into luxury accommodation.

Tents have been erected on a small patch of grass in the shadow of Park Hill Flats, near the city’s railway station, housing basic cooking facilities and accommodation for several homeless people.

Refurbished apartments in the listed sixties building are available to rent at £600 a month.

David Johnson, a middle age man sitting begging on nearby Howard Street says he has been living in a tent on Park Hill for six to eight months. He does not know when he can move out.

Another middle aged man who does not want to be identified says he has been in the tent for six weeks with food and hot drinks in it. But, he says he feels cold living on the field on the hill.

There are around four single person tents and two family tents on the front of the old estate facing the city centre with simple cooking facilities.

When a reporter from ShefNews visted the site, we witnessed a man urinating against a wall of the concrete building.

Jason Warner,44, the city centre ambassador from the Sheffield City Council says the local community provides a lot of services for homeless people. The problem is some people don’t like to engage in them as a lot of people have alcohol issues and drug issues, he says.

“I bring them to the job centre and get their benefits reactivated. It was going well, but they just went back to where they were,” he says.

Sheffield City Council has recently agreed a contract with private company Urban Splash to carry on the refurbishment work on phase two of the estate. The company promises to make it a vibrant and sustainable community.

Phase one of the refurbish work is completed. According to their official website, there are no units available to buy but one bed units are on offer to rent at around £600 a month.

A local charity, the Cathedral Archer project has been following this issue and has been providing support for the homeless.

This is a short video showing the whole new and old concrete estate: 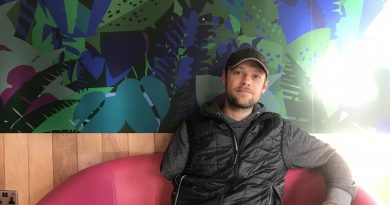 Double-decker bus for homeless in Sheffield

Sheffield To March In Solidarity With City’s Homeless