A statue paying tribute to women who worked in steel factories during two world wars was honoured at the Sheffield Design Awards yesterday.

The annual awards ceremony, which celebrates the city’s most impressive and diverse architecture was held yesterday at Sheffield Hallam University’s Institute of Art.

One local resident, Mary Beadle, is pleased with the recognition for the statue, saying: “It’s a lovely addition to the city. It shows that women are appreciated along with the hard work that they endured.

“It is a fully deserved honour.”

The awards are run by the Sheffield Civic Trust and the Royal Institute of British Architects in Yorkshire.

Prizes at the awards ceremony range from ‘Outstanding Project of the Year Award’ to ‘Small Project Award’ and aim to give local urban planners recognition.

The ‘Women of Steel’ statue, which stands proudly outside Sheffield City Hall was built after a Just Giving appeal was made by South Yorkshire Community Foundation (SYCF) to the public to raise £150,000 to cover the cost.

Over 290 donations were made, including a donation of £28,000 from Sheffield City Council.

The statue won the Keith Hayman award, which is in remembrance of a Sheffield artist and urban planner, who died suddenly in 2013.

Other featured award winners at the ceremony included ‘Foodhall’ which is Sheffield’s only ‘pay as you feel’ restaurant, encouraging customers to pay what they feel they can afford for a meal, which won the ‘People’s Choice’ award. 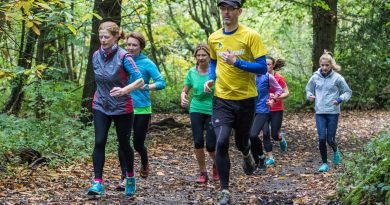 Sheffield set to launch Festival of the Outdoors