John Bercow has said that the Palace of Westminster could be soon “inhabitable” if not restored in the near future.

The Speaker of the House of Commons attended the University of Sheffield last night as part of the annual Sir Bernard Crick lecture.

MPs are expected to come to a decision on how to deal with the issue in the coming months.

John Bercow MP described the restoration project as a “matter of necessity not institutional vanity”.

Just some of the problems the Palace of Westminster has to tackle include asbestos, leaky pipes and decaying stonework.

The speaker outlined the three options that MPs are faced with.

The first of these is for the work to be carried out around MPs, effectively operating Parliament on a building site.

Another option is that the work could be carried out in two phases with the House of Commons and Lords each refurbished in parts.

Alternatively, Parliament could move out for a few years allowing the whole project to commence at once – the favoured option by the Buckingham MP.

In this case the House of Commons would move to Richmond House, the current Department of Health building, whilst the House of Lords to the Queen Elizabeth II Conference Centre.

Both of these buildings are in Westminster allowing for easy access to Government departments in Whitehall.

Cost analysis has estimated the cost of the project at around £3bn.

John Bercow MP also talked about the opportunities the project could bring such as roles for apprentices, social enterprises and SMEs.

He said Parliament should be ready for the future and the “patch and mend approach is not sustainable.” 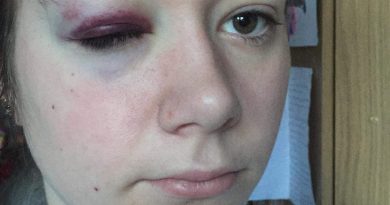