The High Court today ruled that the UK government cannot legally trigger Article 50 of the Lisbon Treaty without the backing of Parliament.

It comes as a significant setback to Prime Minister Theresa May who was expected to begin Britain’s formal exit negotiations in March 2017.

The three judges found that Brexit would fundamentally change the rights of UK citizens, which the government is not allowed to do without parliamentary approval. They also found there was no constitutional convention of the royal prerogative being used in legislation relating to the EU.

The Lord Chief Justice, Lord Thomas of Cwmgiedd, said: “The court is not concerned with and does not express any view about the merits of leaving the European Union: that is a political issue.”

The government will appeal to the Supreme Court, the UK’s highest legal authority, with a further hearing expected on December 7th.

In a snapshot of opinion in Sheffield today several passers by were happy with the decision. Melissa Sharples, 29, said: “I think it’s a good decision and I’ll be interested to see them debate it in Parliament. But ultimately I think it’s just delaying the inevitable and Brexit will still go ahead.”

We took to the streets of Sheffield to find out people’s views on today’s news:

UCU accuse University of Sheffield of being “bullies” 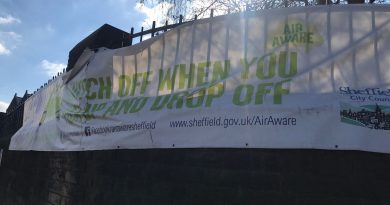 Regeneration of Moor markets reduces the number of visitors at Sheffield charity shop.