Darnall is to host its second annual lantern parade this Friday.

The event, which is open to all, starts outside High Hazels Academy at 3:30pm, Friday 4 November.

There will be a range of entertainment, including performances by the Darnall Community choir, as well as a samba band and fire jugglers.

Councillor Jack Scott, cabinet member for community services and libraries at Sheffield City Council, said: “This year’s event looks set to be a good one and I’d like to thank all the local schools, groups and people for their hard work to help organise it. I hope to see everyone there.”

Several lantern making workshops have been held over the past few weeks.

Inspector Chris Lewis from the Local Policing Team said: “This promises to be a great evening with fun for all the family and we’re looking forward to seeing everyone having a good time.”

People are gearing up for this year’s lantern parade in Darnall. Join in, you’re guaranteed an illuminating night: https://t.co/LgrQQsRi8w pic.twitter.com/AYanawKst0

Sheffield Vegan Festival set to take over the Moor 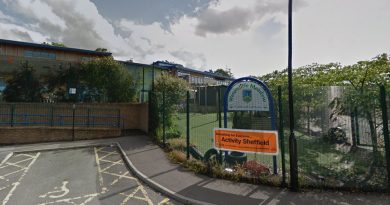