First Minister of Scotland, Nicola Sturgeon MSP, is to deliver a lecture on Monday at The University of Sheffield.

The lecture titled ‘Scotland and the UK: Economic Policy after the EU Referendum’, is the annual lecture for SPERI, the Sheffield Political Economy Research Group.

It is highly expected that the First Minister will comment on today’s High Court ruling for the UK government to consult MPs before triggering Article 50 – which begins formal exit negotiations with the EU.

The MSP for Glasgow Southside has already started to voice her opinion on twitter:

Professor Tony Payne, Co-Director of SPERI said: “Nicola Sturgeon is without doubt one of the UK’s most high-profile and influential politicians. Over the coming years the First Minister will play a crucial role in forging a new relationship between Scotland, the UK and Europe, and addressing some of the major political and economic questions arising from this. We are delighted to welcome her to Sheffield to give our annual lecture. It promises to be a timely and fascinating occasion and we very much hope you can join us.”

The lecture, which is free to attend, will take place at the university’s Octagon Centre. Despite the venue having a capacity above 1000, tickets sold out the day they were released. However, there are concerns that there will be seats left empty on the night. There were dozens of empty seats in last week’s annual Sir Bernard Crick lecture with Speaker John Bercow, which was supposedly sold out. Event organisers are calling for people to return their tickets if they know they are unable to attend, so others can take their place.

For those unable to see the SNP Leader speak in person, the event will be broadcast live at 6pm on the SPERI website: http://tinyurl.com/zh2jdqs

Sheffield Steelers look for revenge in their final clash with Fife 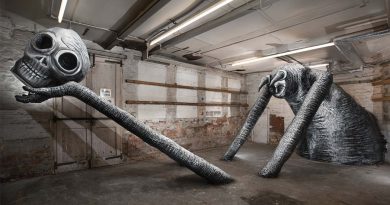