The annual fair which has been celebrating community and creativity for around 25 years, had an oversubscription of stalls for the first time this year.

Held on Saturday 5 November in the Mandela room of Sheffield’s Town Hall, the event has had an upsurge in popularity, with more campaign groups taking part than ever before including: Campaign for Nuclear Disarmament (CND), Global Justice Now and The Green Party.

Organised by a group of volunteers, The Peace and Craft Fair runs on a not-for-profit basis and any left over money they have is donated to various charities.

The committee took over from The Sheffield Peace Group around ten years ago as their members were all reaching retirement age and the event consequently was due to collapse.

“We wanted to keep it going we got together as a small group and shared out the duties.”

Mr Stewart, who first came to Sheffield in 1967 as a student at the University of Sheffield added:

“I’d hate to see it disappear because with some people I see here this is the only opportunity and excuse we have to meet up – bringing the community together is so important to me.

“The social aspect is significant but the event also engages the public as well. I always like to do a bit of shopping here but I’m trying to resist that today!”

Rosalie Hazzard, aged 90, from Sheffield – joined the committee in 2003 and is an original member of the Peace Group.

She said: “It wasn’t as big back when I joined as far as I know it’s been going since the 1950’s but it seems nobody knows, there’s no real record.”

Rob Parratt, aged 36, a committee member of campaign group ‘The Friends of the Peak District’ said:

“This is my first time at the fair and it’s fantastic we’ve had quite a number of people sign up to become members, especially young people which is really what we’re looking for to expand our demographic and get more people involved.”

The Lord Major of Sheffield, Denise Fox also paid a visit to the event, and especially complimented the live music.

If you’d like to find out more about the Peace and Craft Fair follow the links below.

A second year Journalism student at the University of Sheffield. 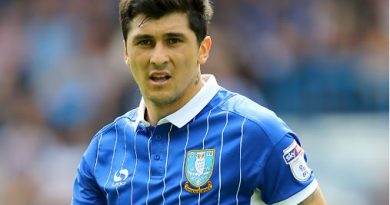