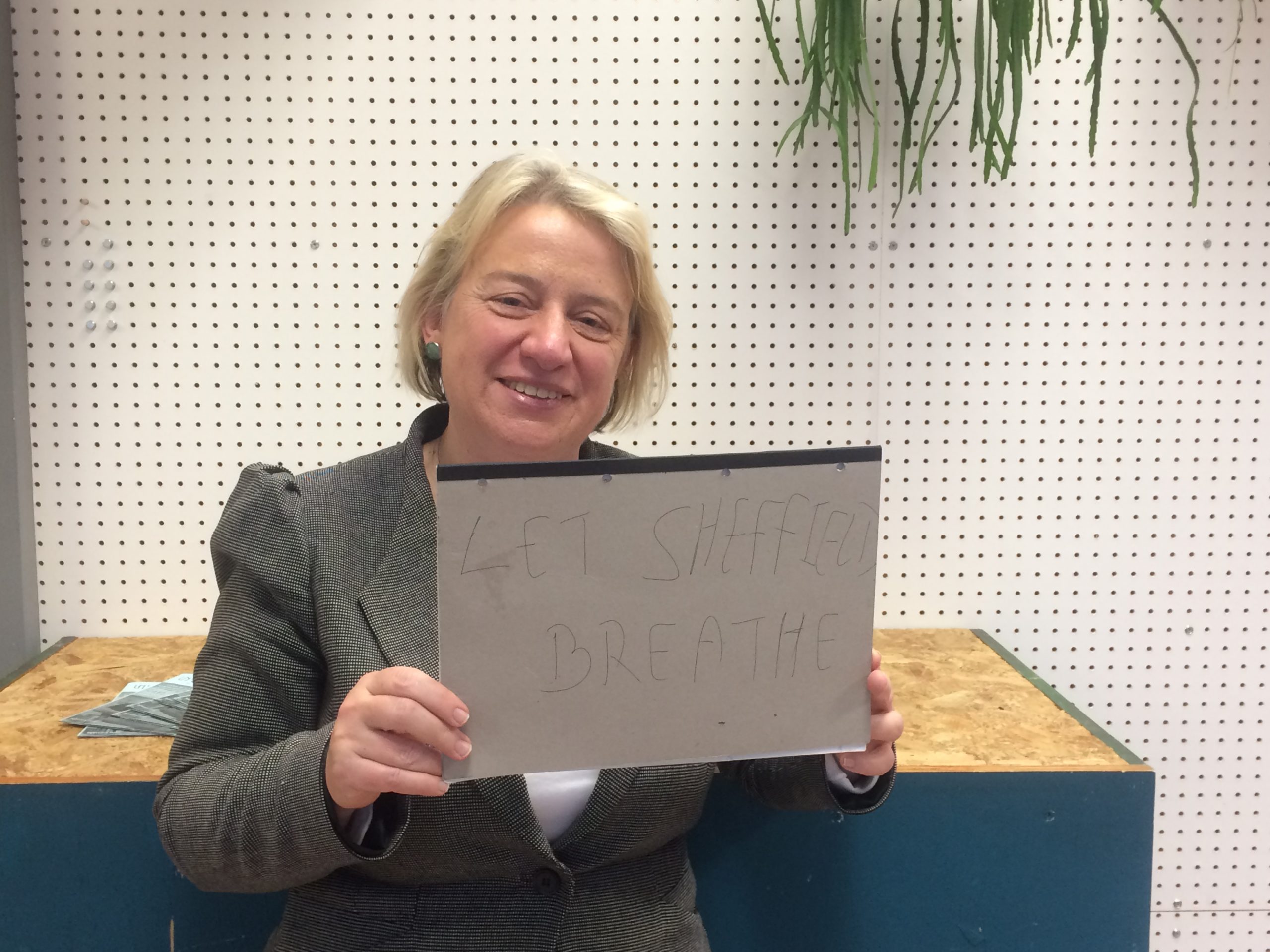 The Sheffield Green Party has today launched the “Let Sheffield Breathe” campaign to combat air pollution in the city.

Natalie Bennett, former leader of the Green Party, said: “We desperately need a strategy to reduce air pollution in the city. In 2012 the council adopted a strategy that hoped by 2015 to cut air pollution below legal European limits, we haven’t done that, we are still breaking EU rules but even more importantly than that we have deeply unhealthy air.”

There are up to 500 premature deaths in Sheffield alone caused by air pollution.  £160 million is also lost in working days.

“It has an impact particularly on young children at Lowfield school, were we launched the campaign this morning. Their lungs aren’t developing at the same capacity, something is going to affect them for the rest of their lives. So we really have a health emergency here that needs urgent action” Bennett added.

“The kind of things that you have to do are fairly obvious and change not only on an individual level but on a structural, social and community level” she added.

The Green Party plan to clean up Sheffield’s air by cleaning air zones in the most polluted areas, supporting buses and taxis to meet low emission standards, promoting safe walking and cycling, and petitioning for more affordable public transport.

Eamonn Ward, a Green Party volunteer and activist, created the petition to the City Council.

“Sheffield needs a new air pollution action plan” has 389 signatures so far. Within the next two months, they aim to reach 3000 signatures.