Root rises to the top of the captaincy list 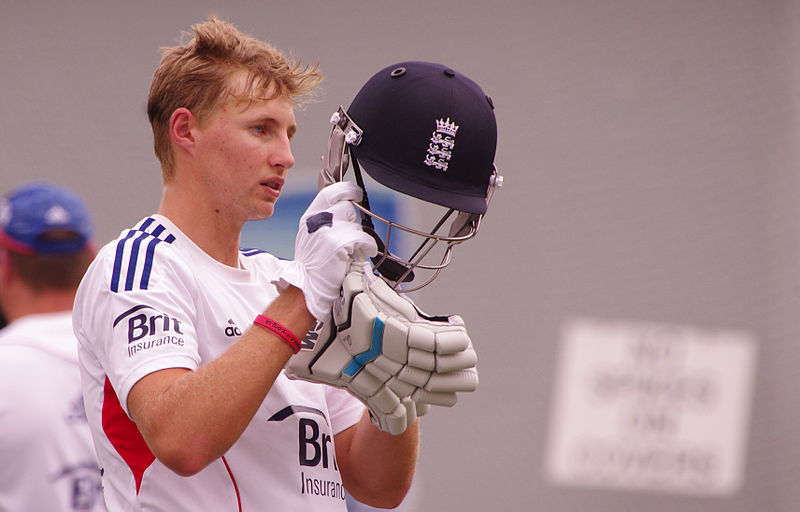 After the resignation of Alistair Cook three days ago, the cricketing world is still unsure of who will take the reins at the top of English Test cricket.

A record 59 matches in charge for Cook, 32, was enough for the batsman to call an end to his captaincy tenure and claimed he had ‘nothing left in the tank’.

The favourite according to bookmakers and newspapers is Sheffield born Joe Root, a 26-year-old batsman who started off his rise to prominence at Sheffield Collegiate Cricket Club, and has gone on to become England’s stand out performer in the last 18 months.

His standing in this English test side was solidified when earlier in the year Cook claimed that Root was ‘ready to lead’ an out-of-form England outfit after a humbling series defeat in India.

Root has also been endorsed for the role by some of his fellow players, including potential rival contender, James Anderson who claimed that Root was the ‘obvious candidate’ when interviewed by the BBC earlier this week.

Both Anderson, and fellow bowler Stuart Broad have both been labelled as potential captains, even though a bowler has not been a permanent test captain since Bob Willis in 1984.

Speaking to Cricket enthusiast Robert Hadley, manager at All Rounder Cricket, Hillsborough, is still unsure of who will actually end up with the captaincy.

“If Root got the job, I don’t think anybody can complain. Becoming the number one batsman in the world, he’s the obvious choice.

With the timing of Root’s new-born baby, is the time right for him? I’m not so sure. Broad has been around for some time, who’s vastly experienced and I think he’d probably be next in line.”

Since Root’s regular inclusion in the England side since 2012, he’s possessed an impressive batting average of 52.80 across 53 test matches. Even though Root is a prominent number four in the batting order, he has been most successful coming in at five, hitting six of his 11 century scores from that order.

There has been no decision made by the ECB, and with no time-scale on the call either, it could be a while before it’s revealed who Cook’s successor is.