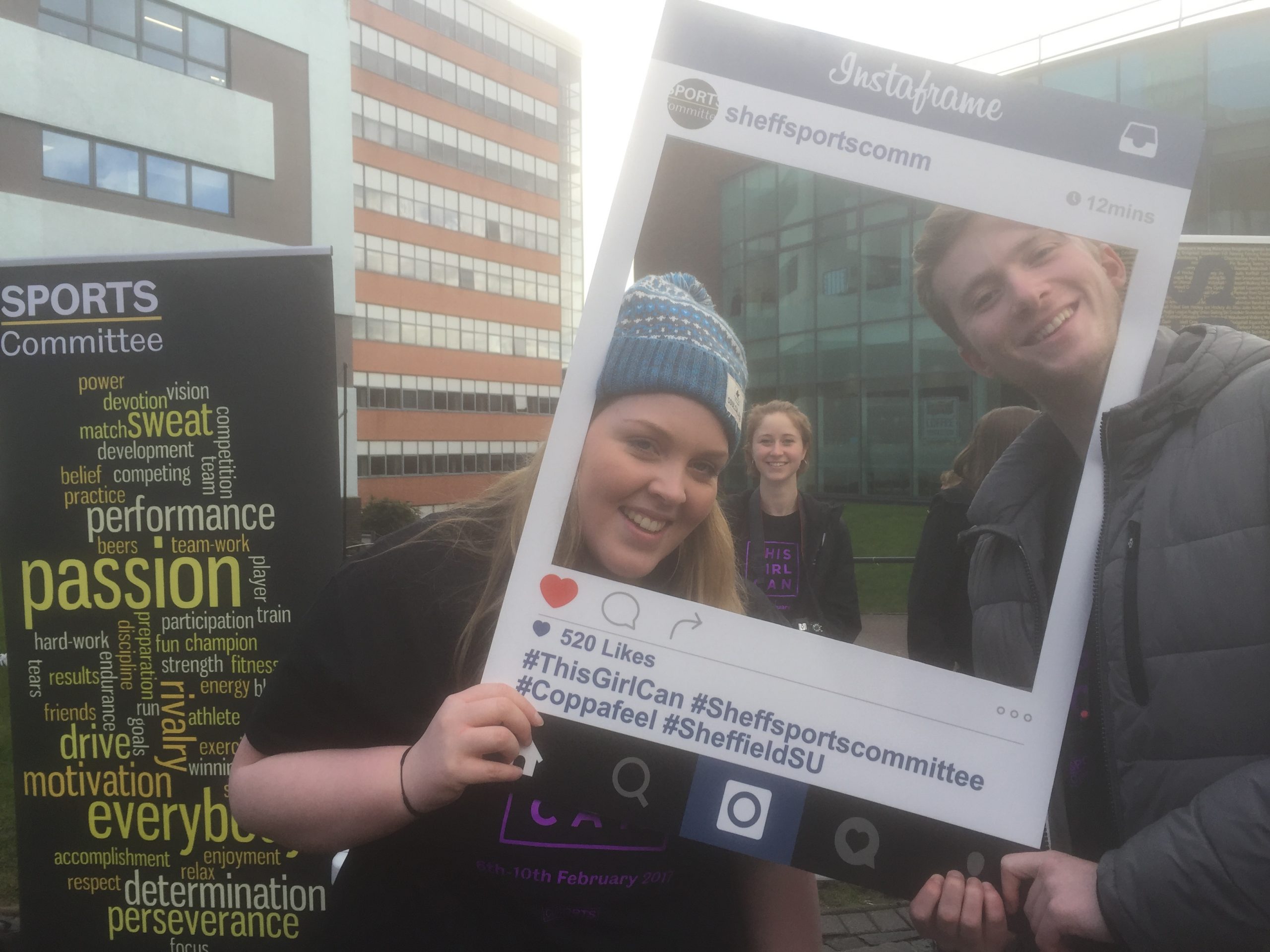 Female sports teams from the University of Sheffield have been busy promoting the ‘This Girl Can’ campaign this week in a bid to get more girls active.

The teams have run fitness classes, given demonstrations and put on ‘give it a go’ activities across the university while publicising the campaign over social media.

Other events put on in aid of the campaign include a debate about women in sport and glow in the dark zumba.

Emily Topping, Intra-mural and Social Sport representative of the university’s sports committee, said: “In the future I think the campaign will continue to grow and hopefully we will get to the point where we don’t need it anymore and everyone will think that women playing sport is normal.”

‘This Girl Can’ is a national campaign developed by Sport England to promote and raise the participation of women in sport.

SIV is a not-for-profit charity created in 1990 as part of the Sheffield City Trust to improve health and well being across Sheffield.

The charity has come up with its own take on the campaign, called ‘Sheffield Girls Can’.

This city-wide initiative offers women-only activities such as ice skating and trampolining free of charge in venues including the English Institute of Sport Sheffield and Hillsborough Leisure Centre.

David Bly, Dry Sports Programme and Engagement Manager of SIV, said: “SIV promote the ‘Sheffield Girls Can initiative’ which operates city-wide to champion physical activity as a positive for both men and women.”

“There has been a real change and things are certainly going in the right direction. Over the next five years the message needs to be spread even more to break down the perceptions and barriers surrounding female sport, with women feeling comfortable and good in themselves when they take part in sport and physical activity.”

The ‘This Girl Can’ campaign is continuing to grow momentum across the country, with Sheffield at the forefront of raising its awareness.