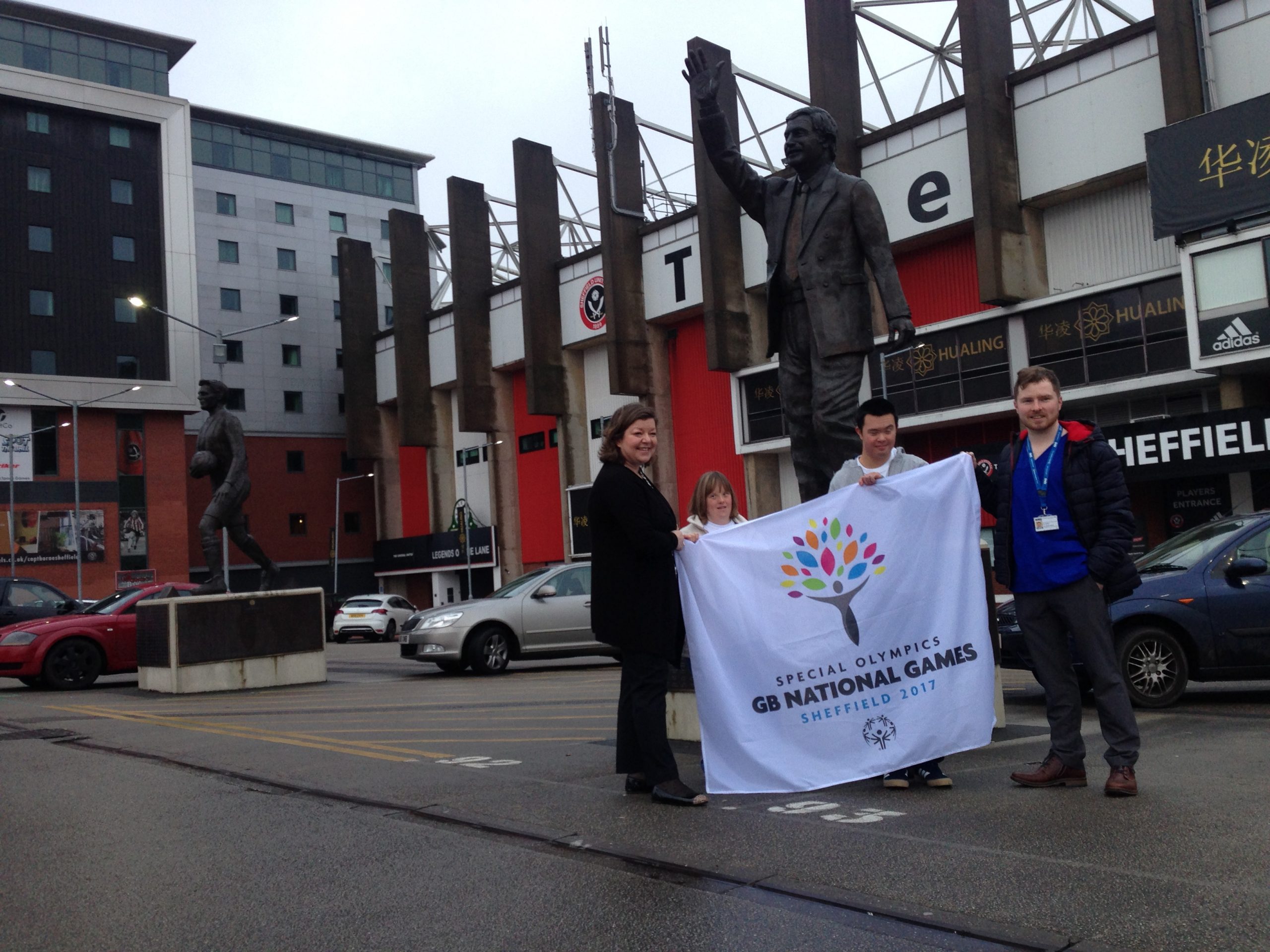 Adam Holder, a 25-year-old dentist from Stannington was announced as the 400th volunteer for the games marking a halfway point for their goal of 800.

Mr Holder joins a diverse range of volunteers already signed up, including postmen, butchers and students from Sheffield.

Mr Holder however is not only just volunteering at the sporting evets. He will also be helping the Healthy Athletes Programme which ensures all athletes competing are put through a full health check.

Mr Holder said, “I’ve been tracking the great work of Special Olympics and their outstanding athletes with learning disabilities since the launch of the Games around 18 months ago. I’m a Sheffield United fan and I saw it advertised and promoted there at Bramall Lane.”

“I was also encouraged to get involved by my boss who is a consultant in special care dentistry in Sheffield. Promoting physical activity to improve health and wellbeing is something the Sheffield Teaching Hospitals Trust is keen to support as part of their commitment to the local community.”

The Special Olympics’ flagship event – their national summer games, will be held in Sheffield across numerous venues between August 7-12 this year

Chris Hull, communications and PR advisor for the games said, “We are delighted with the success of our recruitment campaign that has resulted in 50% of volunteers completing the registration to be a part of our National Summer Games and we still have six months to go.”

The Special Olympics are held every four years for athletes with learning disabilities.

This is Mr Holder’s first time volunteering for the games. The Special Olympics is a global operation across nearly 170 countries with more than 5.3 million athletes involved.

The GB games have been running nationally since 1978. In the region of 2,600 athletes with learning disabilities will come to Sheffield to take part in 20 sport events.

Events include: athletics, basketball and swimming. The athletes will be competing in venues such as Ponds Forge, Ice Sheffield and The English Institute of Sport Sheffield (EISS).

CEO of Special Olympics GB Karen Wallin said, “To see the smiles on the athletes faces and their parent’s faces is just something you can’t explain. Tou have to come and see it to believe it.”

“I urge anyone who is interested to go to the website. You don’t need any qualifications you can volunteer at all sorts of levels.”

More information can be found at http://sheffield2017.org.uk/ including how to get involved as a volunteer.