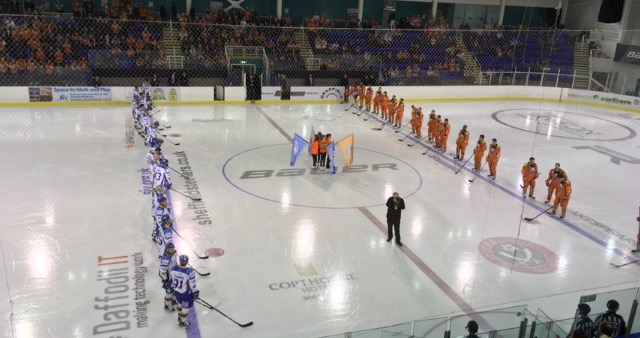 Sheffield Steelers have an away double header this weekend as they look to close the gap on leaders Cardiff.

Their hosts on Saturday are Nottingham Panthers, who sit directly beneath them in the table but are 11 points behind, with two games in hand, and are looking to cement fourth place in the playoffs. Nottingham come into the game in steady form, with 11 points from their last 10 games.

Nottingham beat Sheffield two out of the last three times they played, both in December of last year.

However, last time out it was the Steelers who were victorious against Nottingham in a 2-1 win in the first leg of their Challenge Cup tie – the goals coming from Andreas Valdix and Colton Fretter.

League form has been different, with Nottingham winning both games of a December double header 3-2.

Sunday’s opponent Edinburgh on the other hand are rooted to the bottom of the table, both in terms of points this season and in the form table, with 27 points from 37 games. The Steelers have played them four times this season, and have yet to lose: winning 9-3 on aggregate in a two legged Challenge Cup tie (2-2, 7-1) and succeeding in both league games so far this season 5-6 and 5-2.

Nottingham may have a big hand in the title race this weekend, as they also face league leaders Cardiff on Sunday.

Cardiff’s other game is against Coventry, with Belfast, who are in second place, playing against Fife and Dundee at the weekend.