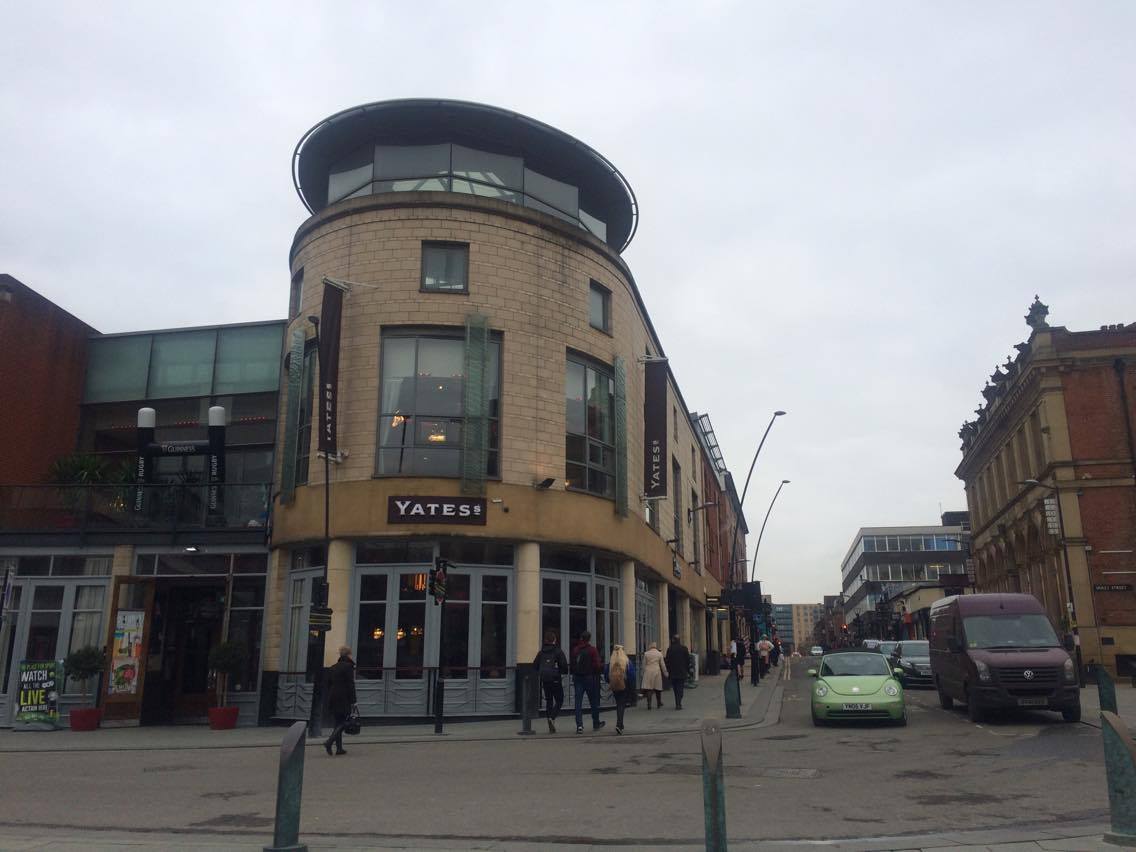 A man who was brutally attacked outside a pub in Sheffield woke up with ‘no memory’ of the incident, according to police.

The 36-year-old man was attacked outside the Yates pub on Cambridge Street and rushed to hospital with serious facial injuries.

CCTV cameras in the city centre failed to capture the incident, but footage of a crowd of people gathering shortly after the assault took place can be seen.

Diana Salajevaice, 23, the supervisor of Yates, said: “I was not present at the time but I was told that the pub was forced to be closed down early and police came in to interview staff.”

She also added that there was a lot of blood outside the pub.

Police are now appealing for witnesses to come forward.

Investigating officer PC Charlotte Hill said: “The victim has no memory of this incident – he remembers being outside the bar and then waking up with significant and serious facial injuries.”

South Yorkshire police are encouraging anyone with any information about the assault to come forward and to Contact police on 101 quoting incident number 122 of 29 January 2017.