‘We must respect Birmingham’ Carvalhal instructs 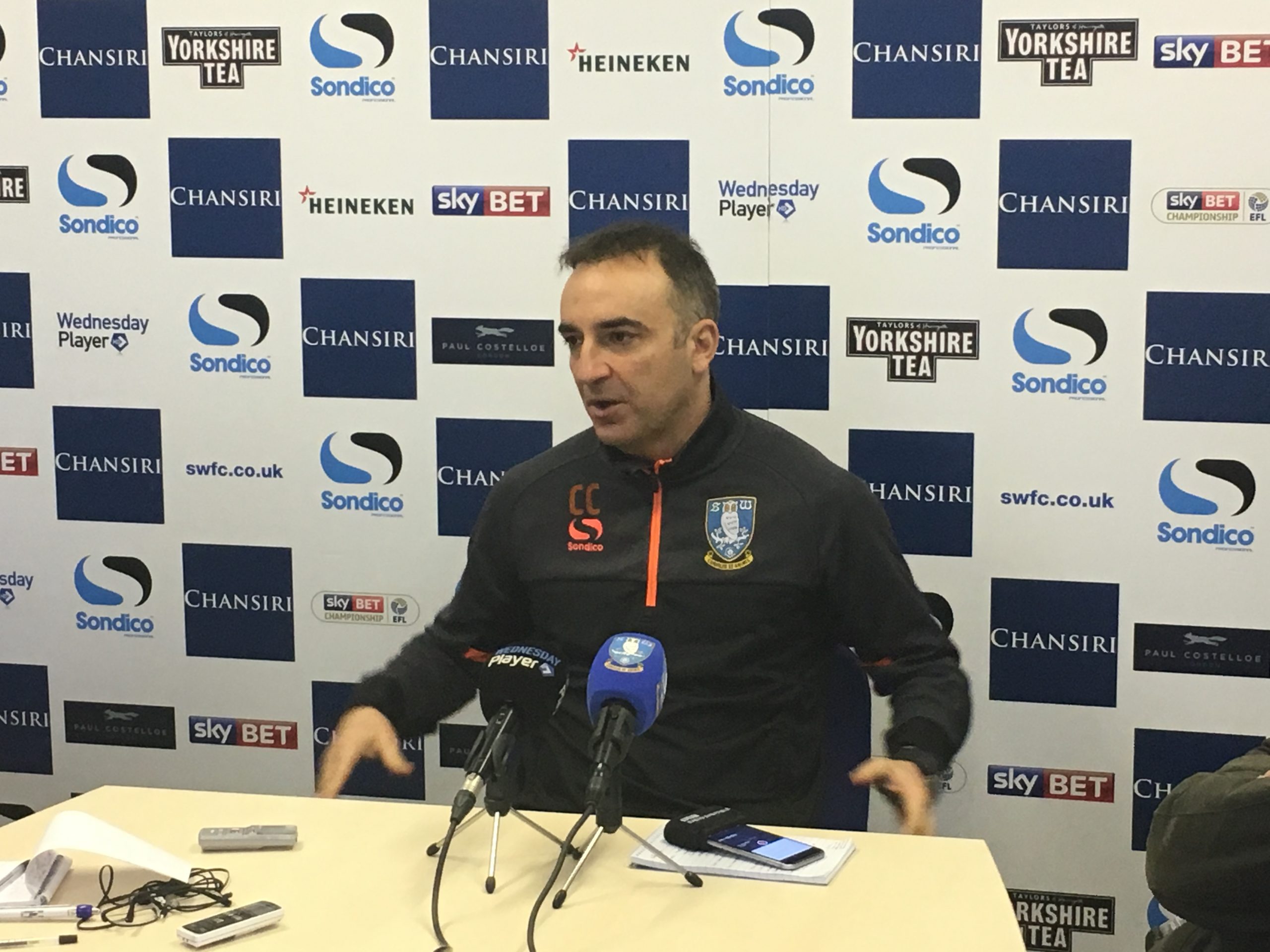 Sheffield Wednesday manager Carlos Carvalhal has attempted to rejuvenate his players ahead of tomorrow night’s match against out-of-form Birmingham City.

The 51-year-old Portuguese manager spoke candidly about a very tough period for the Owls, which has saw them have a very indifferent run of form, provoking some fans to criticise the performances of his side.

Carvalhal was relaxed ahead of the game and claimed that his side needed ‘an extra gear’.

“I’m not a person to come here and cry, I must give the confidence to our players to play. We must win games. I don’t care if it’s a last minute penalty. We must win.”

Wednesday go into the game as favourites and are looking to extend their good home form as of late, with the Owls unbeaten in their last five home games, winning four and drawing to Wolverhampton Wanderers.

New signing Jordan Rhodes looks set to make his home debut, and will provide a much needed attacking threat with the goal-shy Wednesday averaging just over a goal per game so far this season.

It was a tough winter spell in the final third for the Owls, who were forced to include youth team striker George Hirst for three straight matches due to an injury to Gary Hooper.


Birmingham travel to Hillsborough having won only one of their last nine league games under new manager Gianfranco Zola, and have also been dumped out of the FA cup.

Zola’s side did win last time out against 10-man Fulham, after Lukas Jutkiewicz scored seven minutes after Ryan Fredricks was dismissed for a reckless challenge on Craig Gardner.

Carvalhal expressed how he takes no game for granted and will show “Birmingham the utmost respect”.

“We respect Birmingham a lot. They won against a very tough team [Fulham] after a bad period. But we are focused and ready for the game.

Sheffield Wednesday vs Birmingham City will be live on Sky Sports 1 from 7:00pm, with kick off at 7:45pm.