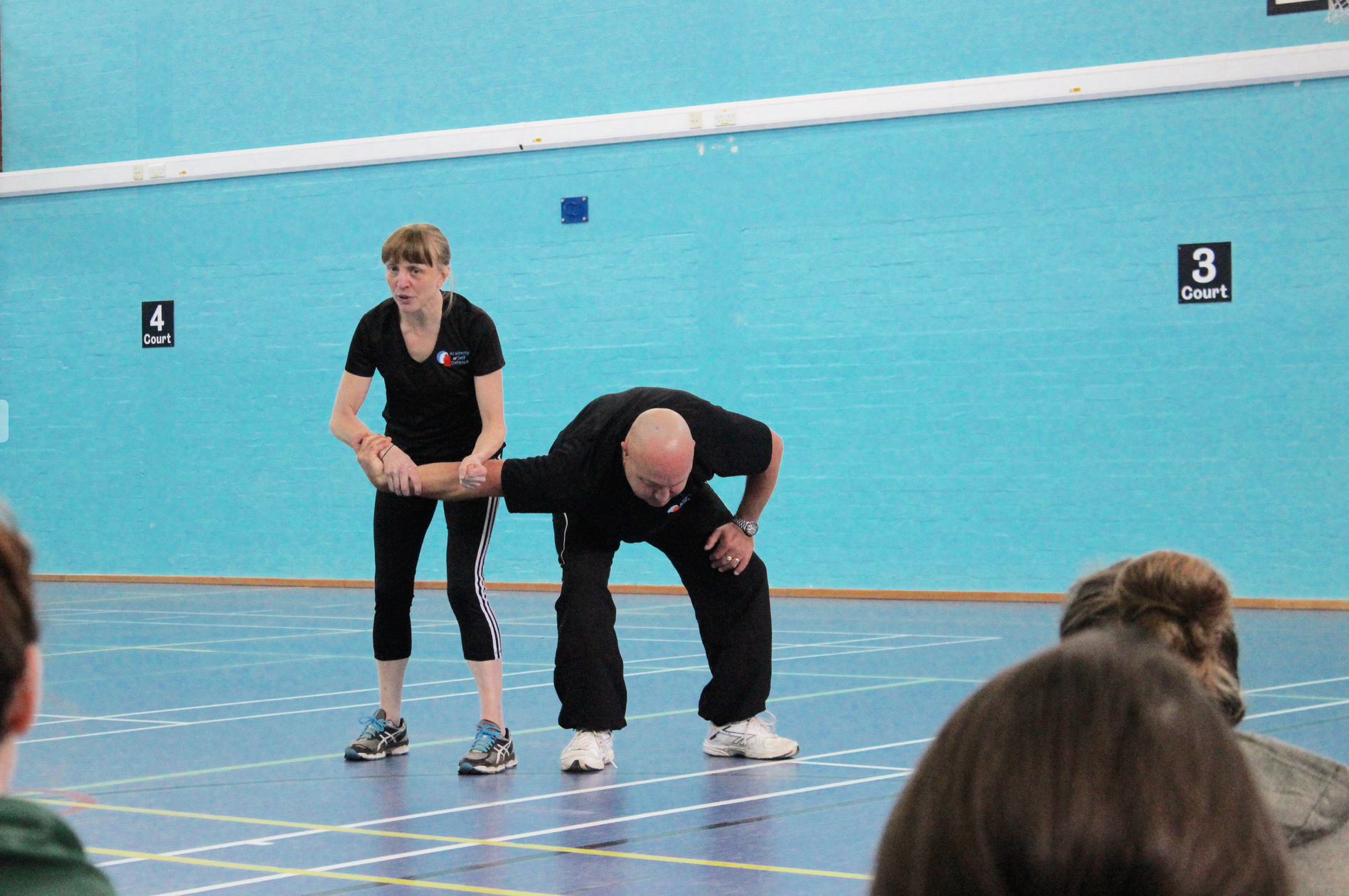 A sexual assault in Weston Park encouraged the Academy of self-defence to offer the women of Sheffield a free class.

Garry Smith, 57, and Jayne Wharf, 46, conducted a free self-defence class in Sport Sheffield on February 5 after a 21-year old woman was sexually assaulted on January 23.

Mr Smith, managing director and chief instructor of the academy, said: “It was a particularly nasty assault but these things happen on a regular basis. We think students are not provided with good self-defence training.

“We believe that the university is concerned admissions will suffer if people think that their city is violent and dangerous. ”

The class insisted on the importance of fighting back.

“Victims whom have fought back during an aggression suffer less physically and mentally” said Mr Smith during the class.

Women of all ages came to the class to learn to defend themselves and be less vulnerable in the streets.

Diane Wainwright, 73, said: “I came here to know how to defend myself. I don’t feel threatened in Sheffield but it’s always good to know. I realised this morning when I went swimming and it was still dark that I didn’t see many people on the streets, you’re on your own, you can’t call for help.”

Carey Boyce, 47, a massage therapist said: “I feel more empowered now. Sheffield is one of the safest place I’ve lived in. Don’t be afraid, be confident. Chances of it happening are really slim but if it does, now you know how to defend yourself.”

A secondary school teacher, Gemma Barker, 27, added: “It’s been really helpful. We’ve just been talking about if i would actually have the confidence to have fought back if someone approached me but now I think I would.”

More than 50 women attended the class and many were students who were worried about the numerous rapes in the past year.

Mrs Wharf said: “I think it is important to give people the skill set but they still need to make sure that that they don’t put themselves in a vulnerable position.”

Anyone with any information on the abductions or the sexual assualt in Weston park can contact Police on 101 or Crimestoppers on 0800 555 111.