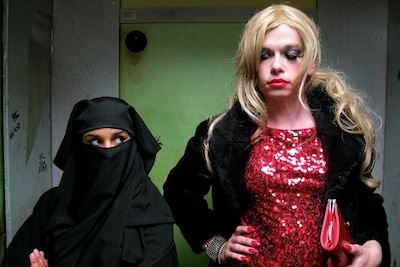 As part of LGBT+ History month, the Showroom cinema in Sheffield is screening a series of films dedicated to and curated by the LGBT+ community. Last night the programme of films No Template was shown which explores ethnically diverse LGBT+ communities. The programme was curated by LGBT+ filmmaker Bobby Tiwan.

Another strong outing was “A Marriage of Inconvenience”. which was written and Directed by Derrick D. Pete and Franklin Jin Rho respectively. This short film paints a picture of intolerance towards homosexuality in the US. The film delivers the abuse and intolerance towards the LGBT+ community in both a nuanced and brutal fashion.

Throughout the evening all of the films concluded with a promise of hope. However, “A Marriage of Inconvenience” highlights the damage that intolerance can have on relationships between families and the impact this has on LGBT+ individuals.

Other films shown during the programme were “Walking the Walk” – a documentary covering Telangana, India’s first queer Swabhimana (self-respect) Pride march which was held in protest of the brutal murder of a trans-woman in January 2015 and dealt with the socio-economic and cast factors which permeate LGBT+ discrimination in India. The British short films “What You Looking At?”, “Little Elephant” and the animation “Chariot Riders”, also featured during the programme.

LGBT+ History Month takes place throughout February. No Template is the second of three LGBT+ screenings supported by Sheffield City Council at the Showroom Cinema.