People to experience sleeping rough to raise money and awareness 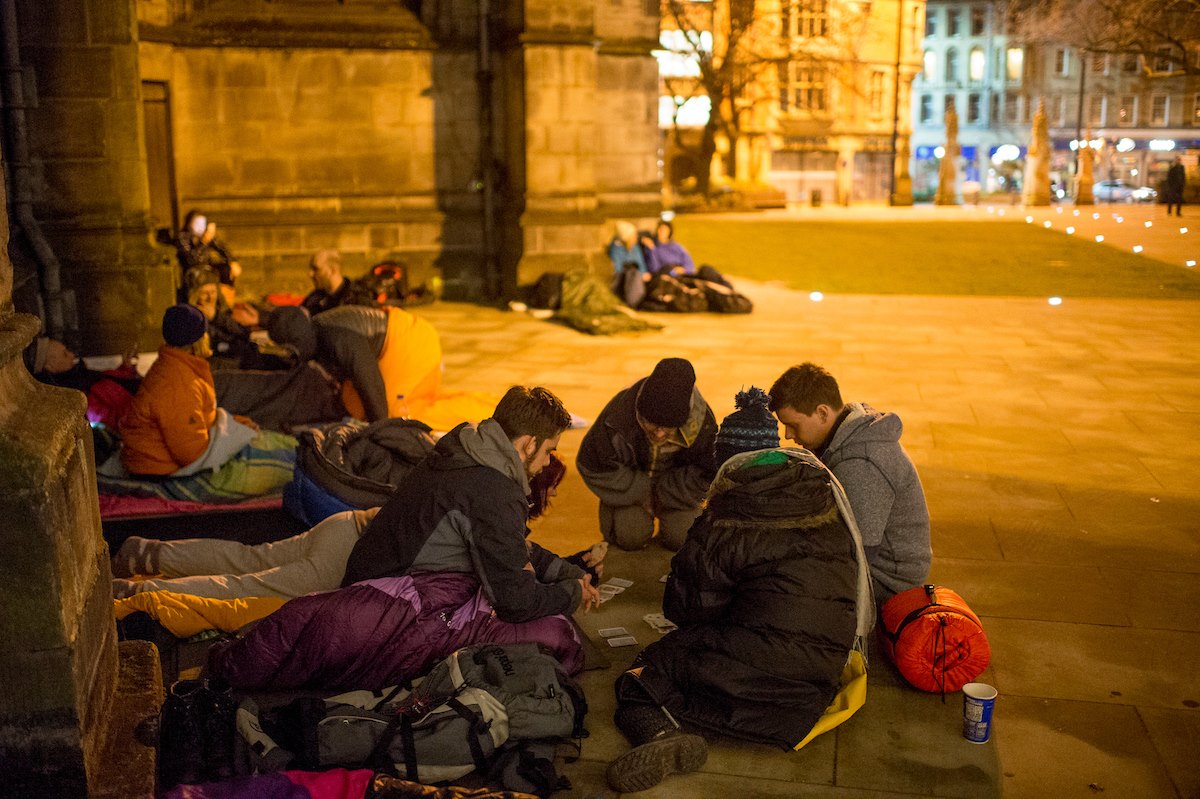 Local people in Sheffield are being encouraged to experience the sleeping conditions of the homeless, through a fundraising ‘Sleep Out’ event.

The Cathedral Archer Project, based in Sheffield Cathedral, is running the Sleep Out on March 24th 2017.

The event takes place twice a year on the forecourt grass area of the Cathedral, with food and refreshments being provided for those participating.

Ruby Baker, the marketing and development director at the charity said: “It’s a little bit more light-hearted than actually sleeping rough because you’re with a group of people.

“We want people to understand what it’s like to not have enough sleep the night before, be cold and maybe be wary of their surroundings”.

The charity started off by serving breakfast 26 years ago, but now offers a number of services such as: daily hot meals, clothing, washing facilities, medical services and one-on-one support.

Around 50-60 people use the charity every day, and some of the volunteers are homeless themselves and make use of the facilities when volunteering.

A 2016 survey by Crisis showed the national total of rough sleepers has increased by 55% since 2010.

People on the streets often face violence from members of the general public, and have their items stolen on a regular basis.

Homelessness has always been an issue on the streets of Sheffield, with another Tent City appearing on the Park Square roundabout after evictions from the site on Park Hill flats at the end of January this year.

Anna Goss, who runs the Homeless Period Appeal added: “All you have to do is imagine yourself in the same situation.

“No home, no money, no idea where your next meal is coming from, being at risk of serious violence from people on the street, having no money to buy tampons or pads, having to use newspaper instead, having nowhere to have a nice hot shower when you feel like it.

“If you wouldn’t like to be there, people should help those that are.”

The Cathedral Archer Project also has other fundraising events coming up, such as a Lent Appeal and the Yorkshire Half Marathon.

If you’re interested in getting involved with the Sleep Out or any other fundraising events, you can find out more with the link below.