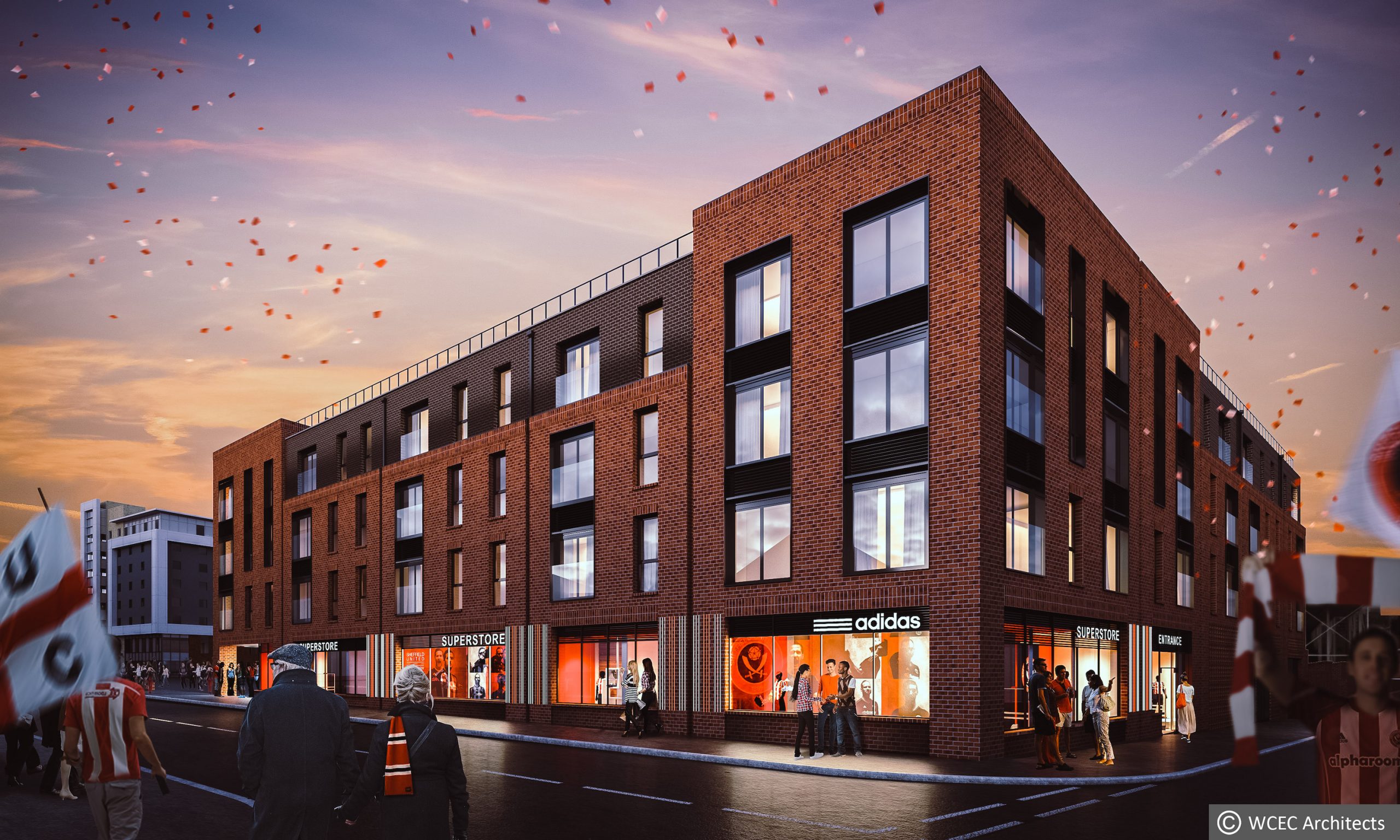 Plans to develop the land surrounding Bramall Lane have been released, with the club expecting to undertake a retail renovation.

A planning application has been submitted that will see the new development located on the corner of Cherry Street and Shoreham Street.

The expansion will see the creation of a four-storey building, which will be largely residential, and will feature a brand new Sheffield United retail outlet.

The proposed ‘Blades Superstore’ will be twice the size of their current one, which is located in the South Stand and will be replaced by the new store. It is hoped that the current shop can be used as a conference or event facility in the future.

The proposal, designed by Sheffield United’s retained architects WCEC, is part of a long-term business plan aimed at improving the stadium’s facilities and strengthening the future business performance of the Club.

“We have identified several opportunities to further develop and improve the ground and the immediate surrounding area as we seek to build a broader commercial, leisure and entertainment offer,” said director Scott McCabe.

“[This will develop] additional revenue streams [with] the aim of supporting United’s return to the upper levels of the English Game.”

The club has undertaken a number of developments in recent years with the installation of a state-of-the-art Desso pitch, which has created the opportunity to hold events at the ground during the closed season.

Other proposals that are currently being considered include: