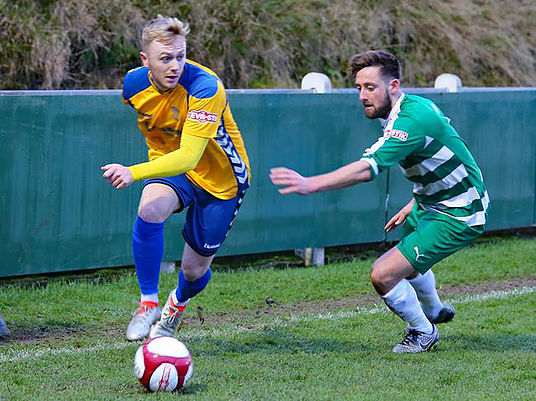 Stocksbridge Park Steels visit Rugby Town on Saturday and are hoping to avoid defeat against one of the league’s lowest-lying teams.

The game comes off the back of a well deserved 1-0 home win against Romulus on Tuesday night.

Despite dominating the game early on, Stocksbridge couldn’t find a way past visiting goalkeeper Leighton Smith, who pulled off a string of impressive saves.

But with 20 minutes left they took the lead after Adam Hinchcliffe’s cross found its way into the far corner, earning Steels a crucial victory in their push for the play-off places.

Steels manager Chris Hilton felt the win was thoroughly deserved, but has urged his team to be more clinical on Saturday.

He said: “We deserved the win and played some good football, but we’ve got to become more clinical with the chances we are creating.”

Stocksbridge will be without top goal scorer Joe Lumsden who went off injured just 10 minutes into the game on Tuesday and is continuing to be assessed.

Speaking yesterday, Hilton confirmed Lumsden is likely to be out for a month, meaning he is unlikely to be back before the start of March.

Rugby sit in 21st place and are two points adrift of safety, as they aim to climb out of the bottom two, having drawn 1-1 at home last Saturday.

Steels will be looking to build on the momentum created following Tuesday night’s win, taking advantage of their now three games in hand.

Ahead of Saturday’s game against Rugby, manager Hilton said: “They’re a team who like to play football and will be fighting for every point so we’ll have to prepare ourselves right.”

On the Steels’ chances of getting into the play-offs, he added: “We’re confident we can do it, it’s in our own hands, which we would’ve taken at the start of the season come mid-February.”

The reverse fixture finished 0-0 earlier in the season but Steels will be hoping to take all three points on Saturday.

The team will take part in a light training session tonight, as preparations continue ahead of the weekend’s fixture.