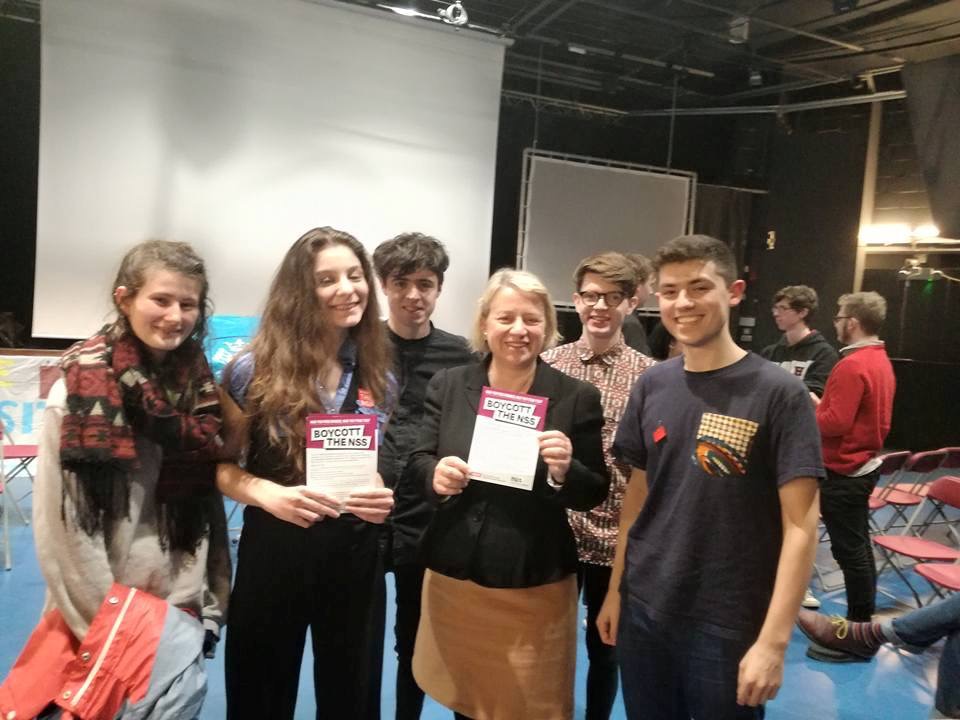 On Wednesday night, students gathered at Sheffield Hallam’s Student Union for a rally against a rise in tuition fees, organised by the Free University of Sheffield in partnership with Hallam’s union.

Students were joined by Green Party MP Natalie Bennett to discuss the boycott of the National Student Survey and future initiatives against rising fees.

The NSS is an annual survey for undergraduate students in their final year of study. Carried out annually by an independent polling company, universities traditionally use this data to try and improve their services.

This relates to the Teaching Excellence Framework, which aims to improve university education through a ranking system. Critics focus on TEF’s reductive categorisation and the ability for participating universities to raise fees for new students by a further £250.

Luke Renwick, education officer for Sheffield Hallam SU said: “We’re against National Student Survey whilst it’s connected as a metric to the TEF as it looks to devalue a lot of students’ degrees in the long term and push up tuition fees from this year onwards.”

The purpose of the rally and wider boycotts of the NSS is that if less than 50% of students fill in the survey, the universities will be unable to use the data to implement a rise in fees.

The boycott is a continuation of last year’s ‘Shef better than TEF’  campaign.

Stuart McMillian from Free University of Sheffield said: “What we’re trying to do is get people from across Sheffield including college students, Uni of students, Hallam Students, university staff to try and fight back.”

Luke raised a concern about the boycott having a backhand effect.