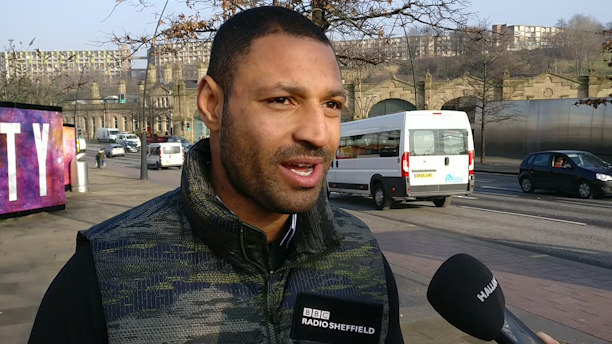 He appeared at a press event for the Special Olympics earlier this week to help promote the games.

Brook, 30, said talks are progressing for a fight at Bramall Lane football stadium.

“If I can get it at Bramall Lane it will be absolutely packed out to the rafters. It will be a dream come true.

“We’re still in talks trying to finalise it but I’m doing everything i can to push it over the line.”

Brook’s next fight will be against Errol Spence Jr, defending his welterweight title.

He has held the IBF welterweight title since 2014 but has not fought since he was defeated last September by middleweight champion Gennady Golovkin.

Second year journalism student and student communications assistant for SSiD at the University of Sheffield.

Second year journalism student and student communications assistant for SSiD at the University of Sheffield.