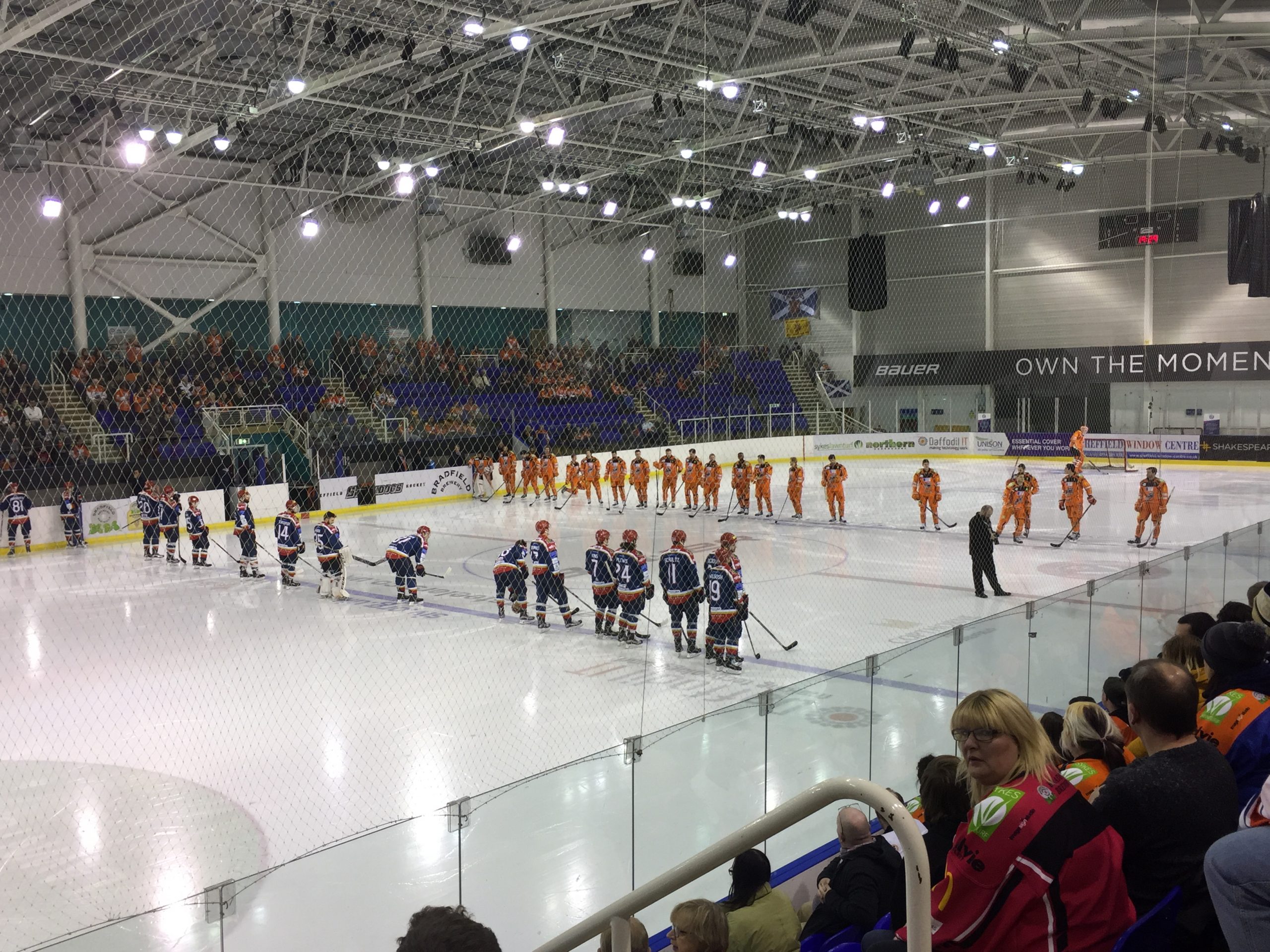 Sheffield Steelers moved up to 2nd in the Elite League with a comfortable 5-2 victory at ICE Sheffield on Wednesday night.

The Steelers, playing an attractive brand of passing hockey, delivered a performance worthy of the scoreline. The Steelers have not lost to the Capitals in 4 games this season and are on a five game winning streak, leapfrogging the Belfast Giants in the table.

The 1st period was dominated by Sheffield with Edinburgh riding their luck. Steeler’s man of the match Markus Nilsson scored a quick breakaway goal after 15 minutes to put Sheffield in the lead after a prolonged period of pressure. He was assisted by Zack Fitzgerald.

Tensions began to boil over towards the end with referees having to separate Sheffield’s Fitzgerald and Edinburgh’s Pavel Vorobyev. The Capital’s were lucky to be only 1-0 down as the first period ended.

A fast start from the Steelers resulted in a simple finish from center Nilsson just 32 seconds after the restart, he was assisted by Mathieu Roy.

With 25 minutes played a dominant Steelers display was rewarded with a third goal, scored by John Armstong and assisted by Levi Nelson, putting them firmly in control of the match.

With 10 minutes left in the period the Capital’s finally began showing signs of life and had their best spell of the match, missing two close chances. However, with 38 minutes played a swift Steelers’ counter attack ruined any hope left for the Capital’s as Robert Dowd got his first of the night, with the assist coming from John Armstrong.

With the game already won the first ten minutes of the 3rd period passed with little of note besides Steelers goalie Ervins Mustukovs being sent to the penalty box for delaying the game.

But with the Capital’s still pushing hard for a consolation goal the physicality of the game increased. The Steeler’s Mathieu Roy was sent to the penalty box for a high stick and he was soon followed by team mate Liam Kirk for tripping.

With under 5 minutes left in the game the Capitals finally broke down the resolute Steelers’ defence, Ian Schultz scoring a power play goal to make it 4-1.

The Steelers quickly hit back with Robert Dowd scoring his second and Sheffield’s fifth of the night less than a minute later to reaffirm their dominance, with another assist for Armstrong.

In the dying moments of the game Edinburgh’s man of the match Garrett Milan scored to make the score 5-2.

A strong Sheffield Steelers performance is ideal preparation for a testing match against 4th placed Nottingham Panthers on Saturday at Sheffield Arena. They are now only 6 points behind leaders Cardiff. Meanwhile, the Capitals remain bottom of the table, 7 points adrift of 9th placed Dundee.