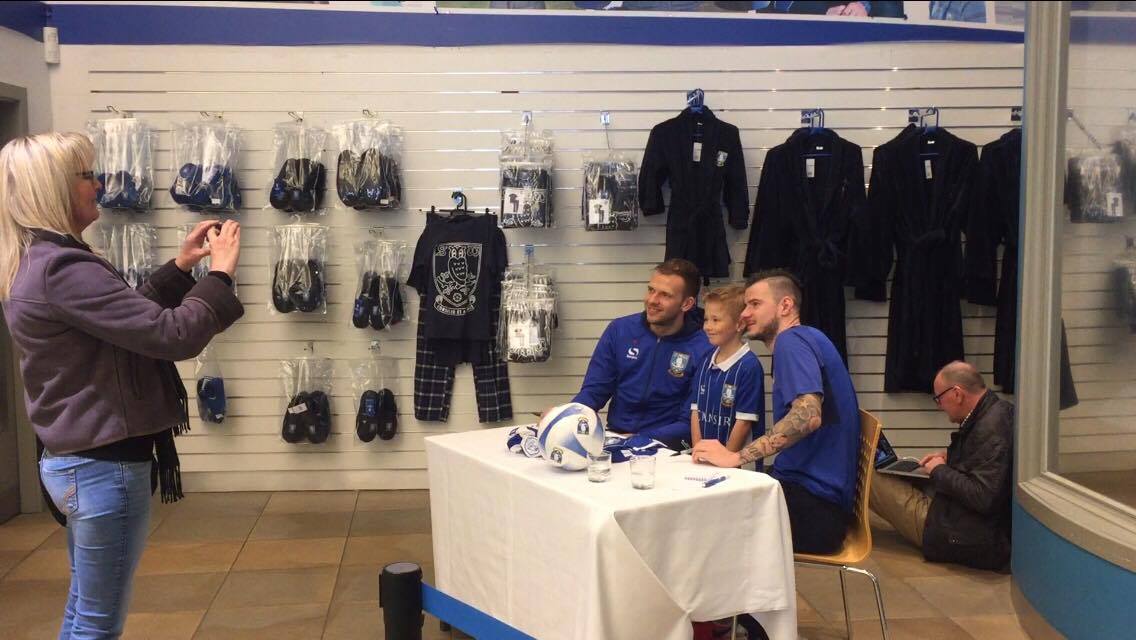 Jordan Rhodes revealed today that it was Sheffield Wednesday’s “massive fan base” that attracted him to the club.

The Owls star spoke about how he was settling into the area, his hopes for the season and how nervous he was ahead of his deadline day transfer. The 27-year-old Scotland international was appearing at a meet and greet event for supporters at the Owls’ Megastore where he took the time to sign autographs and take pictures with hundreds of fans.

He signed for Wednesday from Middlesbrough on deadline day, initially on loan, in a deal which will become permanent in the summer for a fee of £10m.

After coming through the ranks at Ipswich, Rhodes made his name in a year long spell at Huddersfield, scoring 73 goals for The Terriers. He then moved to Blackburn Rovers for a fee of £8m, before then making the move to Middlesbrough.

Rhodes is one of a number of new signings as Wednesday attempt to earn promotion to the Premier League. He joined other new boys Sam Winnall and Morgan Fox at the South Yorkshire club in the January transfer window.

Wednesday are currently 6th in the Championship and face promotion rivals Leeds at Elland Road on Saturday but Rhodes is determined to get the Owls back into the Premier League and is very optimistic about the future.

In the interview, Rhodes said:

“It’s been a hectic few weeks both on the field and off the field. It’s been nice to finally score a goal for the colours of Sheffield Wednesday.”

When asked about what attracted him to the club, Rhodes said:

“The massive fan base the club’s got and the prestige and history that comes with Hillsborough. The manager and the coaching staff did a great job last year and hopefully this year we can go one step further.”

Rhodes also believes that footballers should take time to engage with younger fans. He said:

“They’re the next generation of fans coming in. I think it’s important that players give back to the community. The least we can do is put on a smile and an hour or two in an afternoon is no hardship at all.”

When asked about his aims as a Wednesday player, Rhodes said:

“I think it’s really just a collective to try and get this club into the Premier league. It was a shame last year that the club came one step short of where I think it belongs.”

Rhodes also admitted that he was unsure if he would be moving anywhere on deadline day. He said:

“I didn’t know of any interest at all until the morning and then it all happened so very quickly. I’m quite happy next year to be watching Sky Sports and seeing all the transfers coming. It’s a very hectic time!”