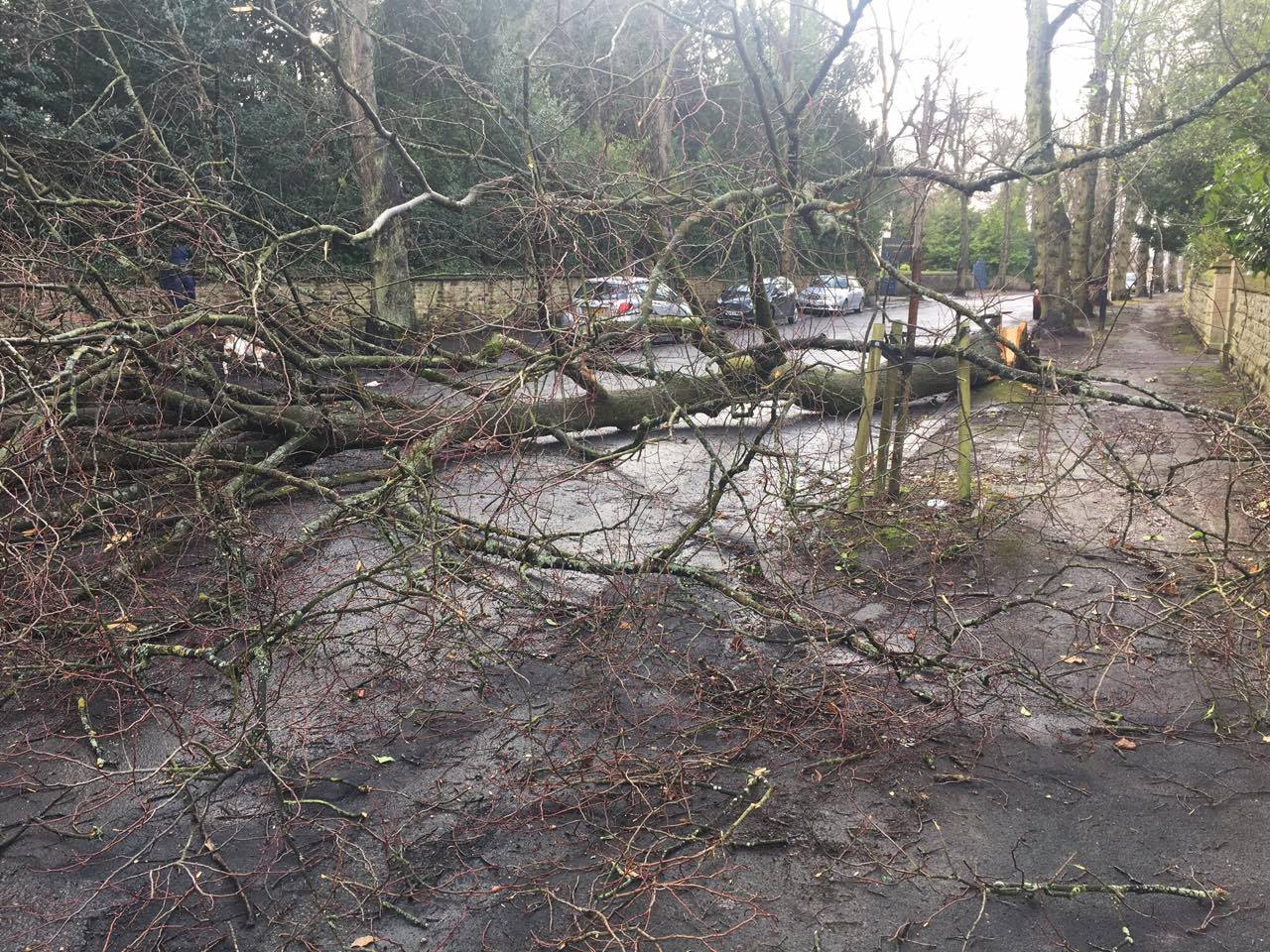 A tree has been torn down on Kenwood Road by high winds and a trampoline has been spotted airborne in Renishaw.

The tree is blocking cars from passing and according to those nearby, it narrowly missed cars when it fell.

Turn around, Kenwood Road is blocked

She said: “I was sat there when out the corner of my eye I saw a green trampoline fly past and then five minutes later a washing line in the same direction with duvet, towels and knickers still attached.”

The trampoline flew over a six foot high fence to provide the strange site for the financial planner.

Roof tiles from the building behind her had also fallen off and shutters have been pulled down at the back to protect their offices.

The MET Office earlier issued an amber warning of wind for the Yorkshire and Humber region.