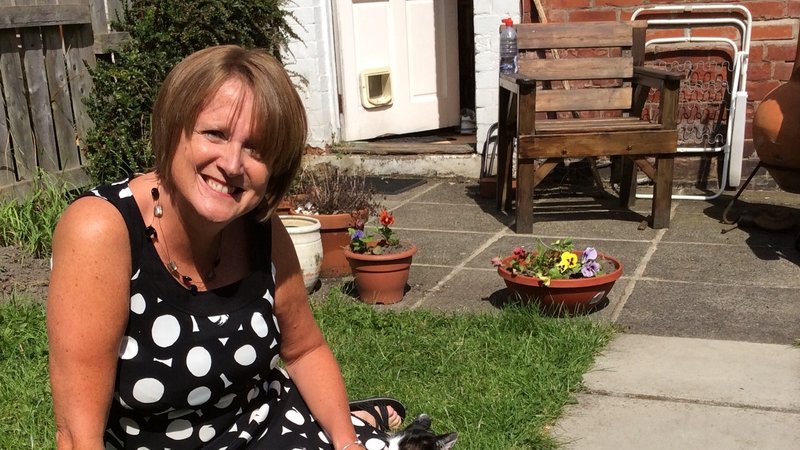 A Sheffield woman with breast cancer is being denied crucial drug treatment which could allow her nearly two more years of life.

Claire Molyneux, 50, has two children, regularly does voluntary work, and used to head up the road safety department for Derbyshire County Council before undergoing hormone therapy to limit the effects of her cancer.

A new drug – Palbociclib – has been recently identified as being able to increase the length of hormone treatment for breast cancer for up to 20 months, but the National Institute for Health and Care Excellence (NICE) will tomorrow recommend to the NHS that the drug should not be freely available.

Ms Molyneux was diagnosed with stage one primary breast cancer in 2012, which she eventually got the better of, but unfortunately, her cancer recently returned as incurable stage two breast cancer.

“I thought that eventually I’d got it at bay. I was able to get back to work and got on with my life, but you always have it at the back of your mind asking yourself whether it will come back” she said.

“Unfortunately two years ago I was diagnosed with secondary breast cancer. I was told it had come back and spread to my spine and my hips, and once it reaches this point it becomes incurable.

“Obviously to find that out is really upsetting because it is pretty much your worst fear coming true.”

She has been on various medications since, and is very grateful to the NHS because without it she “would not be alive,” she said:

“I’ve been on hormone therapy which is not too bad and on average it lasts for about 14 months, but when that stops working you get put on chemotherapy, which I had when I had primary breast cancer and it is really horrible.

“This new drug which I am not being allowed to have makes the hormone therapy last for about 20 months longer, and being able to have the drug would enable me to continue my life as it is at the moment.”

Not only is the consultation by NICE being made tomorrow, but Ms Molyneux also has a meeting with former-Deputy Prime Minister Nick Clegg to discuss a petition which she has set up on change.org to make Palbociclib freely available on the NHS.

At the time of writing, she needs 675 more signatures on the petition to reach her target, which could make a significant difference to tomorrow’s key consultation.

If you would like to support Ms Molyneux in her cause, the link to her petition is here: https://www.change.org/p/secretary-of-state-for-health-make-palbociclib-an-effective-secondary-breast-cancer-drug-available-on-the-nhs