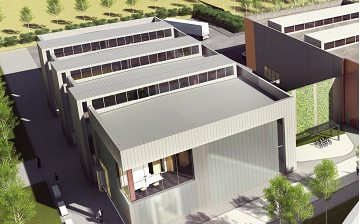 University of Sheffield’s Water Centre is the UK’s largest urban water research group. They have announced a £3.7 million investment to enable researchers to develop ways scientifically to manage the distribution of water.

‘The Distributed Urban water Infrastructure facility’ is part of the university’s UK’s Collaboratorium for research in Infrastructure and Cities (UKCRIC) scheme- A consortium of 14 major UK universities collaborating on all aspects of infrastructure. from road to rail, to water and power.

Professor of Water Engineering at the University of Sheffield, Simon Tait, said: “The facility at Sheffield will be a national resource in which researchers will be able to come and develop new ideas and technologies to help the UK better manage its large water distribution and sewer networks. These are key infrastructure systems that impact on the lives of everyone in the UK and they face pressures from an increasing population, a changing climate and physical deterioration.”

Professor Brian Collins, Chairman of the UKCRIC Coordination Node from University College London (UCL), said: “UKCRIC is more than just another research project. This is the first step to creating long-term partnerships between the people who build our infrastructure, the people who regulate and fund it, the people who own and operate it and those of us who study how it works and is used.