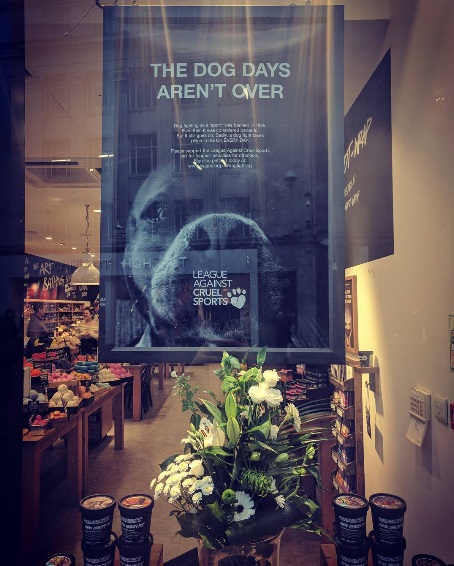 A Sheffield man has been sentenced for selling and breeding fighting dogs at the Sheffield Magistrates’ Court.

In July 2016 South Yorkshire police executed a warrant on a home where they found a male and female pit bull terrier, dogs which are banned under the Dangerous Dogs Act.

Evison, of Shirecliffe Road, was sentenced to 80 hours unpaid work, 25 days supervision, a fine of £145 and banned from keeping, owning or participating in the keeping or selling dogs for 5 years.

The maximum sentence for offenders of this crime is six months in prison and/or an unlimited fine.

Mike Butcher, chief inspector of the RSPCA’s special operations unit stated the idea of a six-month sentence is a joke.

The cosmetics company, Lush have created a campaign in conjunction with animal charity ‘League Against Cruel Sports’ called End Dog Fighting which was launched across all their stores in northern England to raise awareness about organised dog fighting.

Lush Sheffield store employee, Annabelle Cross, 24, said: “It’s such a super sad story to hear that dog fighting is still an issue in the UK but what’s more concerning is the minimal punishment these criminals get.”

Temporary Sergeant, Matt Duffy, from the Status Dogs commented that Evison’s actions could have led to the suffering of other dogs and animals, as well as the significant distress to dog owners if their pets were to be taken away from them.